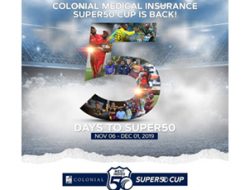 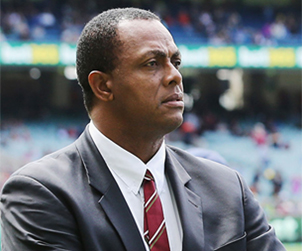 West Indies legend, Courtney Walsh, joins the team as an Assistant Coach. Walsh, West Indies all-time leading Test wicket taker brings a wealth of knowledge and experience to the coaching staff. He was most recently the bowling coach for the Bangladesh Men’s cricket team and has also served as a West Indies selector.

Also joining the management team is former Guyanese fast bowler Rayon Griffith, who most recently acted as an assistant coach of the West Indies Senior Men’s team at the ICC World Cup 2019 and the for international home series against India. Griffith was also assistant coach of the Guyana Amazon Warriors in the Caribbean Premier League (CPL).

Interim Head Coach, Gus Logie is embracing the opportunity in his new position and is delighted to have his former teammate Walsh on his coaching staff along with Griffith, saying “ We’ve had some of the best minds and coaches in the region working with the players. Courtney and Rayon have been working really hard with the ladies at training and we are hoping to see the results on the field.”

Logie also welcomed the new interim manager Evril Betty Lewis, praising the positivity and encouragement she has brought to the team since her recent appointment.

On her appointment as interim manager, Betty Lewis (as she’s commonly known), draws on her management background and passion and love of West Indies cricket in carrying out her duties. Lewis stated, “As a former career tourism official and Manager of the Barbados Senior Women’s Cricket Team, I am comfortable operating in the critical role as the interim manager of the West Indies Women’s Team. I intend to bring a high level of trust, effective communication and instill a greater sense of purpose, hinged on discipline and professionalism, that the players can transfer onto the field of play.”

Courtney Walsh is happy to be working with Gus and the West Indies Women’s team, most of whom he knows quite well already. “My function is to focus a lot more on the bowlers and the cricket in general to get the ladies together. I’m just happy to be able to work with Gus – we haven’t had a chance to be on the same team since we were players and we just want the women to play the type of cricket we know they can play.”

Walsh added, “The ladies have been very warm and receptive and listened to what I’ve got to say. They are not afraid of trying and implementing what I’ve been telling them. I think one of the advantages I have, is that I was involved in women’s cricket before as a selector and I was part of a couple of their training camps, so they know me and they’ve seen me around. They know I want the best for them and they appreciate that, so for me it’s a plus coming back into the fold of the women’s team now.”

CWI’s Director of Cricket Jimmy Adams is pleased with the composition of the team’s technical support unit, “I am confident that our entire support staff, under Gus’ leadership and direction, is capable of driving our women’s cricket forward whilst we begin the search for a permanent Head Coach. Gus has been involved with the program for the past two years and both Rayon and Courtney bring with them a strong working knowledge of what it takes to be successful at the elite level.”

Tickets are priced at just US$5 in Antigua and St. Lucia to make it affordable for fans to come out and rally behind the West Indies Women. Tickets are available at the playing venues in Antigua, St. Lucia and Guyana.