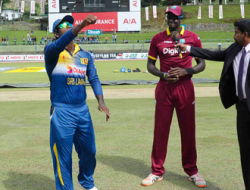 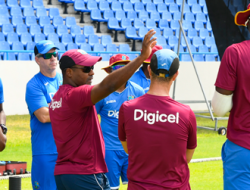 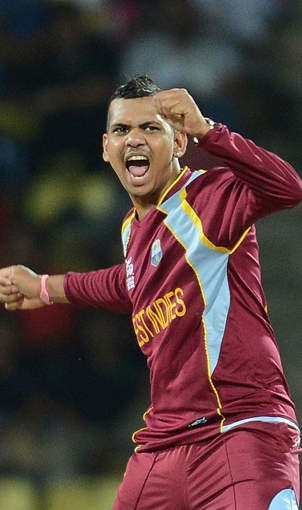 The biggest names in Caribbean cricket could be about to return to the West Indies team after significant progress was made in negotiations between players and the board.

Not only has a resolution been agreed to the Darren Bravo impasse, but the likes of Kieron Pollard, Sunil Narine, Dwayne Bravo and Chris Gayle are also available for selection for the ODI side after an amnesty was proposed by WIPA, the players’ union.

That means they could be available for the limited-overs section of the tour to England that starts in a few weeks.

Gayle, who marked his international return after 15 months during the one-off Twenty20 International against India in Kingston last week, said during an event in Bengaluru on Thursday that “things have been steadily improving” and playing the 2019 World Cup, for which West Indies may have to qualify, is still a burning desire.

“The fans were happy to see me back on the field representing West Indies. Hopefully, things can get better. Hopefully I can play a few more games. I definitely want to play the 2019 World Cup,” Gayle said. “Things are beginning to open up a little more now between players and the board. It’s looking good, and we’ve to try and build from this to get the best players out on the field.”

The key to the resolution has been Cricket West Indies abandoning its contentious policy regarding player availability for regional cricket. Whereas, in recent years, CWI policy dictated that players would only be eligible for West Indies selection if they had played in the corresponding format in regional cricket, the board is now in the process of softening that hardline stance.

It is anticipated it will be formally relaxed when the new round of central contracts are introduced in October, with a new range of white-ball contracts also adding to the players’ security and flexibility.

Both Jimmy Adams, Director Of Cricket, and Johnny Grave, CWI CEO, have previously intimated their desire to change the policy, with Adams labelling it “unsustainable”.

In the meantime, though, an amnesty has been proposed to those who have not been involved in regional cricket, giving them the chance to represent West Indies again. The likes of Marlon Samuels, Lendl Simmons, Darren Sammy and, once his WADA ban is served, Andre Russell could be other beneficiaries.

While the amnesty has yet to be ratified by the board of CWI, ESPNcricinfo understands a conference call will take place before the end of the week where it is hoped the proposal will be accepted.

Darren Bravo, who has been suspended since November 2016 when he was sent home from the tour of Zimbabwe following his Twitter condemnation of board president, Dave Cameron, is also set to return.

With both parties – Cameron and Bravo – expected to release a statement amounting to something approaching an apology, the tweet will be deleted with no admission of liability and without prejudice to the pursuit of any claim for damages. That will not only allow Bravo to take a full part in the forthcoming CPL season but render him eligible for West Indies selection once more. Having not played much red ball cricket of late, he is not thought to be a realistic candidate for the Test tour of England. He could well feature in the ODI team, though.

That method of solution had been suggested as far back as February. But Bravo instead pursued legal action against the board, claiming lost earnings. It seems that action is on-going despite the apparent thawing in relations, though it is understood no damages have been paid to date.

It all amounts to encouraging news for long-suffering West Indies supporters. With the side having slipped to 9th in the ODI rankings (they are 8th in the Test rankings and 5th in T20), it is almost impossible for them to qualify automatically for the 2019 World Cup ahead of the ODI rankings qualification cut-off date in September.

The availability of some familiar faces is a significant step in the right direction.