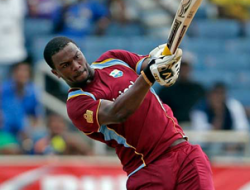 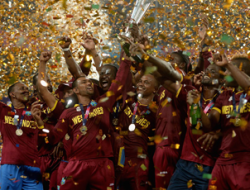 West Indies head coach Phil Simmons is positive that the team can bounce back from the innings and 92-run defeat in the opening Test match against India.

Both teams arrived in the island yesterday afternoon ahead of the second encounter of the four-Test series, scheduled for July 30 to August 3.

With the result of the first game still fresh on their minds, Simmons acknowledged that the team “did not play well”, but was quick to add that they were not disheartened.

The slated five-day contest in North Sound, Antigua, ended on the fourth day after the West Indies, replying to India’s first-innings total of 566 declared, slumped to 243 and 231 after being asked to follow on.

“You can’t be demoralised with one Test out of four [because] there are still three Test matches to go,” he told journalists shortly after arriving at the Norman Manley International Airport.

“You don’t look for excuses, you look for reasons why you do things wrong and the reason is that we didn’t bowl well and we didn’t bat well. So we have to do both of them well and we can’t ask for anything else.”

Simmons pointed out that the youthfulness of the squad, which possesses batsman Marlon Samuels as the most experienced in the line-up, is no excuse.

He argued that if the players were not talented enough “they wouldn’t be playing for the West Indies”.

“We can’t make any excuse about [a] youthful team. If you are there [in the team] you need to bat and you need to bowl, so we just didn’t bowl well and we didn’t put on enough partnerships when we batted. So it is a case of having to make sure that we do everything that matters in this match to make the series even,” he reasoned.

Simmons, when quizzed about the quality of the side fielding only one outright fast bowler in Shannon Gabriel, responded: “You are going down the wrong line.”