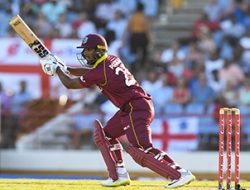 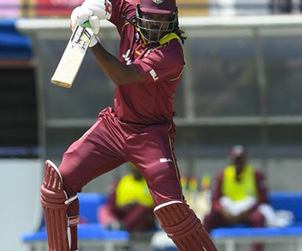 SOUTHAMPTON, England – West Indies vice captain Chris Gayle spoke to members of the media following the team’s training session on Tuesday afternoon. The experienced 39-year-old said he is eagerly looking forward to the upcoming ICC Cricket World Cup, to be played in England and Wales from May 30 to July 14.

This will be Gayle’s fifth appearance in the marquee event and said his aim is to win the top prize which would mark a high point in this outstanding career. Gayle started the year well in the ODI format with a scores of 135, 50, 162 and 77 against England during the home series in the West Indies. His heroics earned him the Man-of-the-Series award and helped the home side draw the series 2-2.

Overall, he has played 289 matches with 10,151 runs (average 38.16) including a West Indies record 25 centuries and 51 half centuries. His career-best score is 215 made against Zimbabwe at the Cricket World Cup in 2015. It is the highest score by a West Indian in this format.

“There is nothing to prove, the only thing now is to win the World Cup. That’s the goal for me … want us to play well here in England, bring those smiles to the faces of our fans and lift the trophy at Lord’s. This is the ‘big stage event’ and everyone is looking forward to it. All the guys have been putting in the work. We will be ready to start against Pakistan,” Gayle said.

West Indies are presently in Southampton as part of preparations for the tournament. Their opening match is on May 31 against Pakistan at Trent Bridge in Nottingham. First ball is 10:30am (5:30am Eastern Caribbean Time/4:30am Jamaica Time).