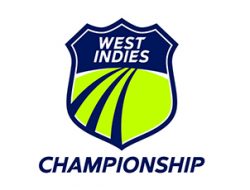 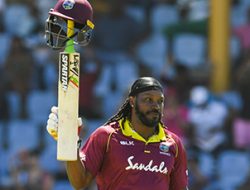 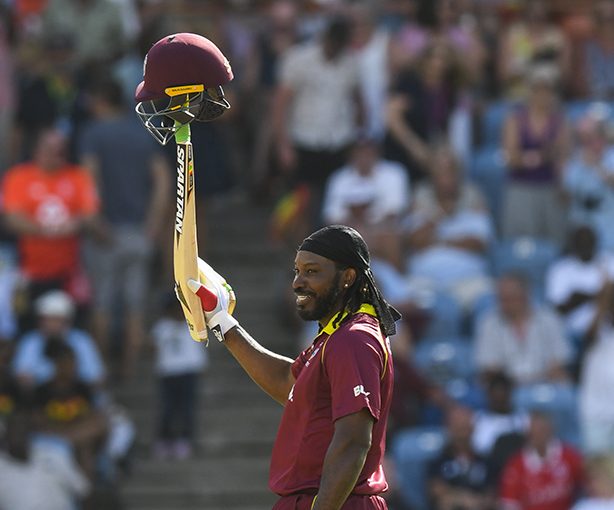 The powerful left-hander smashed 11 fours and 14 sixes to lead all scorers in the match with his 25th ODI century – 162 from 97 balls – bringing a lively mid-week crowd to its feet several times. The Windies fought gallantly before they were bowled out for 389 in 48 overs, replying to England’s 418-6 from their 50 overs.

Gayle followed up scores of 135 and 50 in Barbados last week and became only the second West Indian to reach 10,000 runs in ODIs and second player in history to hit 300 ODI sixes to lead the hosts to their highest total in a run chase ever.

Gayle added a record third-wicket stand of 176 with Darren Bravo – who hit four fours and four sixes in 61 off 59 balls. Windies entered the final five overs needing 47 with four wickets standing thanks to an 88-run stand for the seventh wicket between Carlos Brathwaite and Ashley Nurse. Brathwaite hit a career-best 50 off 36 balls that included four fours and two sixes and Nurse made with 43, but leg-spinner Adil Rashid (5-83) bowled England to victory.

“It was a great game of cricket, a bit disappointed to be on the losing side. But I believe we gave it all we had and we took it all the way to the end.  I’m seeing the ball quite big, I’m in good form and this pitch was flat so I got the chance to capitalize,” Gayle said.

“We have some hitting power in this team. We have some good youngsters here and once we work the game out we will be a force. In Barbados I took it slow at the start … that was a different pitch. Today I had to get going from the first ball and look to chase down 420. Batting second the ball will come on a bit more so today was that kind of occasion.”

In the first half of the match England were bolstered by a career-best 150 off 77 balls from keeper Jos Buttler and captain Eion Morgan, who made 103. Buttler hit 12 of England’s 24 sixes – which surpassed the team record 23 hit by West Indies in the first ODI in Barbados last week, while the combined match total of 46 bettered the 38 sixes hit by India and Australia in Bengaluru in 2013.

The two teams now travel to Saint Lucia for the fifth and final Colonial Medical Insurance ODI at the Daren Sammy Cricket Ground on Saturday.

Grenada National Stadium, Grenada – No Result due to rain