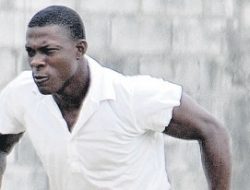 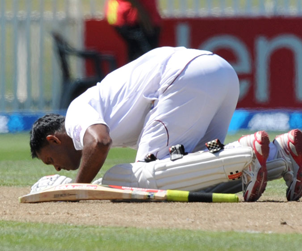 BASSETERRE, St Kitts, CMC – Half centuries from veteran left-hander Shiv Chanderpaul and openers Rajendra Chandrika and Shimron Hetmyer, gave Guyana Jaguars momentum but yet another five-wicket haul from Rahkeem Cornwall, ensured Leeward Islands Hurricanes shared some of the honours on the opening day of their Regional Four-Day contest here Friday.

Asked to bat first at Warner Park in the second round encounter, two-time reigning champions Jaguars were dismissed for 293 with Chanderpaul stroking an unbeaten 81 and Chandrika 64, before retiring hurt.

Off-spinner Cornwall, who had a nine-wicket match haul against Barbados Pride in the last round, took three of the wickets in the slide to finish with six for 87.

Jaguars were handed a great start by Chandrika and Hetmyer, who added 84 before being separated.

The right-handed Chandrika struck six fours and a six in an innings off 138 deliveries in 3-½ hours at the crease while the left-handed Hetmyer produced a brisk knock, stroking nine fours and a six off just 60 balls.

However, Cornwall struck twice, removing Hetmyer to a leg-side catch by wicketkeeper Jahmar Hamilton and then having captain Leon Johnson caught at slip by his opposite number Kieran Powell, off the very next delivery.

Left-hander Vishaul Singh perished cheaply for seven to leave Jaguars on 103 for three at lunch but Chanderpaul anchored three productive stands to put the visitors in control.

First, he put on 44 for the fourth wicket with Chandrika who retired hurt at 147 for three and when Chris Barnwell went cheaply for seven, he added a further 42 for the fifth wicket with Raymon Reifer who made 23.

A 66-run, sixth wicket stand between Chanderpaul and Bramble in the final session seemed to be taking Jaguars into a dominant position.

Chanderpaul struck nine fours and a six off 148 balls in nearly four hours while Bramble produced a 44-ball cameo which included three fours and two sixes.

Jaguars were sailing at 267 for five but once Bramble was taken at cover by Nkrumah Bonner off seamer Jeremiah Louis, the innings collapsed.

At Warner Park: Hurricanes trail Pride by 289 runs with all ten wickets intact.

S Chanderpaul not out 81

+A Bramble c Bonner b Louis 39

K Powell not out 0

M Hodge not out 4

Position: Hurricanes trail by 289 runs with all ten wickets intact.