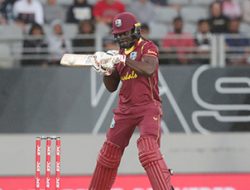 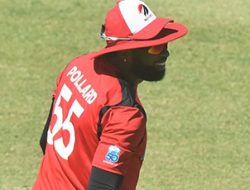 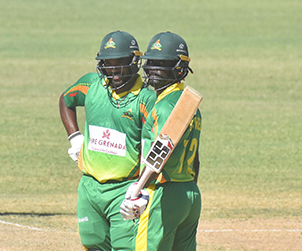 A complete team performance with bat, with ball and in the outfield by the Windward Islands Volcanoes powered them to a commanding victory over Jamaica Scorpions, in the first domestic List A encounter between the two sides in seven years. This win, their second in three matches, moved the Volcanoes into third position on eight points – while the Scorpions third consecutive loss left them bottom of the table.

Left-hander Keron Cottoy struck four boundaries and four sixes in a 47-ball cameo half century, to be adjudicated the CG Insurance Man-of-the-Match.

He hit the ball to all parts of the ground and the highlight moment was when he struck 24 runs off the 48th over, bowled by medium-pacer Derval Green. He made 64, to follow up his career-best 72 in the previous match and this led Windwards to 260-8. They then bowled out Jamaica for 168.

The Windwards batting platform which enabled victory was also supported by Andre Fletcher who made s blistering 60 at the top of the order, with four fours and three sixes. Afterwards left-arm spinner Larry Edwards (10-1-36-3), led the bowling reply to rout the Jamaicans. In the run chase from the moment Brandon King (four) who was promoted to open the batting was caught by wicket-keeper Emmanuel Stewart off left-arm medium pacer Preston McSween, the Scorpions kept losing wickets at regular intervals.

The Volcanoes began to firmly sense victory when Scorpions captain Rovman Powell (two) was brilliantly caught by Rolando Cato at short mid-wicket as they slumped to 47-4 in the 13th over. A 59 run sixth-wicket alliance between the Scorpions top scorer Andre McCarthy (55) and Fabian Allen (39) threatened for a while, but when Allen was caught and bowled by leg-spinner Cottoy, and the sting went out of the Scorpions.

“It’s always good to perform for your team especially in victories. I’m just glad I’ve been able to put up my hand and bat deep into the innings and it paid dividends”, said Cottoy. “We have to take it one game at a time although it feels good to win two out of three.” 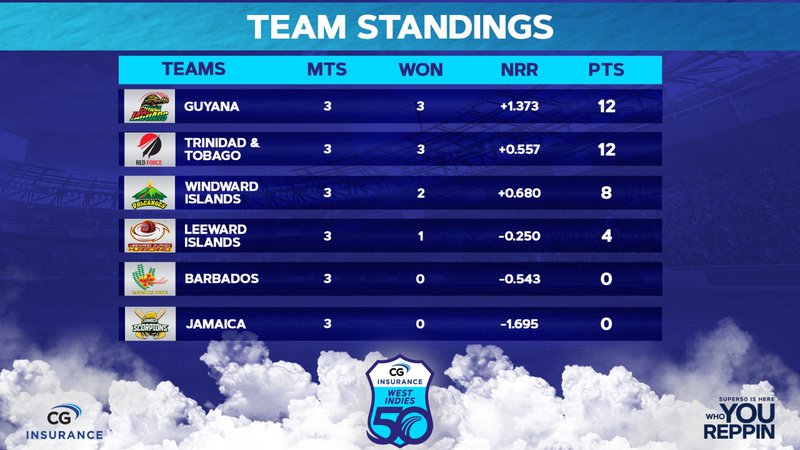 Thursday: Windward Islands Volcanoes vs Barbados Pride at SVRS. First ball is 9 am (10 am Jamaica Time)