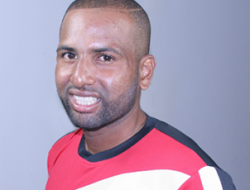 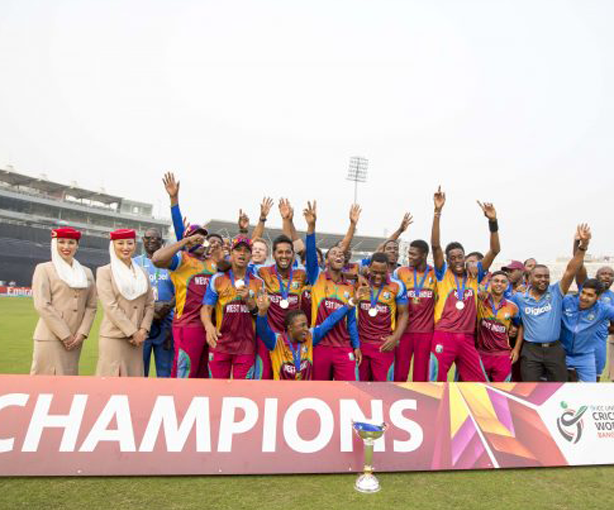 West Indies’ mix of high-speed hustle with the ball and patience with the bat help them beat pre-tournament favourites India by five wickets in a tense final in Mirpur to lift their maiden Under-19 World Cup title.

India, who were bowled out for 145, held their own and fought till the end admirably until Keemo Paul and Keacy Carty’s ice-cool approach helped West Indies eat into the target and eventually cross the line with three balls to spare. That meant India lost a Youth ODI for the first time since their quarterfinal exit of the same tournament in 2014.

India’s crash began with Rishabh Pant wandering outside his crease, only to find wicketkeeper Tevin Imlach flick an underarm throw back to the stumps to catch him unaware. Imlach’s match awareness that gave them a breakthrough off the fourth ball of the morning set the tone for a dominating display against a batting unit high on confidence.

Anmolpreet Singh, who had done well in the two knockout games prior to the grand finale fell next as he was unable to get his bat out of the way to a rising Alzarri Joseph delivery in the third over, as he gloved a nick to the wicketkkeeper. Then came a blow that ended Ishan Kishan’s run of poor scores as he played across the line and was trapped lbw, even though replays showed the ball had pitched just outside leg stump. When Washington Sundar chipped a simple catch to mid-off, a top order wobble seemed complete at 41 for 4 in the 15th over.

India needed a rescue act, but West Indies didn’t drop their intensity even by an inch as Arman Jaffer found out while driving away to the cover fielder to leave Sarfaraz Khan with the unenviable task of reviving the innings and batting through, like he had done for most parts of the tournament.

He did so by adding 37 with Mahipal Lomror, who sweetly timed two fours in his 43-ball 19. Even as a recovery looked a sudden possibility came yet another blow as Chemar Holder, who was brought back in for a new spell, sent him back with an awaygoing delivery that was well pouched by Imlach behind the stumps.

Sensing the inevitable, Sarfaraz tried to break the shackles and found his hitting range, sweetly timing a flick over midwicket for six. He also brought up a half-century off 83 deliveries before perishing in an effort to up the ante. While he was clearly far from his best, Sarfaraz was still miles ahead with his judgment in lengths.

With India collapsing in heaps, the inaccuracy of the West Indies bowlers went unnoticed as they conceded as many as 23 extras by the time India’s innings came to a grinding hat in 45.1 overs.

Any thoughts of a regulation chase was quickly put on the backburner as India came back hard; West Indies slipping from 67 for 2 to 77 for 5 in the 29th over. The man who orchestrated the comeback was Mayank Dagar, the left-arm spinner, who teased the batsmen with his gentle flight and drift.

Shimron Hetmyer, the captain, lofted one to long-on, while Shamar Springer top-edged a hoick to long-off. In Dagar’s next over, Jyd Goolie’s attempt to blast him down the ground ended up in a sharp caught and bowled, making West Indies lose their third wicket in six overs.

Paul and Carty had to dig deep. That Carty had an opportunity to do so was courtesy a reprieve when Sarfaraz put down a sharp chance at slip off Dagar. But the pair battled slowly to ensure India’s biggest threat was safely negotiated.

As the innings progressed, India began to get edgy as Pant failed to hold on to a thin edge off Carty in Dagar’s last over. As if to break the shackles, he was lofted down the ground for six in the same over. Slowly, the equation boiled down to 24 off the last five overs.

With nine needed off the last two overs, Paul’s attempted inside-out hit over cover resulted in him hitting one towards Avesh Khan, who put down a tough chance even as the ball was dying on him. Carty then reached a half-century off 122 balls. By then, the celebration had well and truly begun in the West Indies camp. The party had kickstarted in earnest when Paul’s top edge flew over the keeper’s head to bring an end to a pulsating clash.