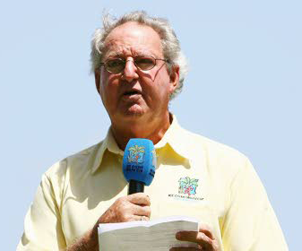 GEORGETOWN, Guyana (CMC) — Regional nation grouping, Caricom, has paid tribute to the late renowned cricket journalist, Tony Cozier, hailing the Barbadian as a regionalist and describing his illustrious career as “a running commentary and a history of the game in the region for more than 50 years”.

“The Caribbean Community (Caricom) mourns the passing of one of its most treasured sons, the iconic cricket journalist, Mr Tony Cozier,” Caricom Secretary-General, Ambassador Irwin LaRocque said in a statement.

“For more than 50 years, with pen and voice, Mr Cozier chronicled West Indies cricket nationally, regionally and internationally. For many years, his was the only West Indian voice on the airwaves from across the seas following the exploits of the cricket team.”

Cozier’s career spanned close to six decades, in which time he covered nearly every West Indies tour, highlighting their glory days of the 1970s and 80s, and their decline in recent decades. His vast abilities spanned the formats of radio, television and print, and he worked for nearly every major international media entity, including the BBC, Channel Nine and Sky Sports, and also wrote extensively for Caribbean and international papers.

“While he represented his country at field hockey as a goalkeeper, he was an avid club cricketer and it was his passion for the game of cricket that infused his writings and his commentary,” LaRocque continued.

“A West Indian to the core, Mr Cozier spoke often of his secondary school days in Trinidad and Tobago as a period which solidified his regionalism.

“The body of work on cricket left behind by Mr Cozier represents a running commentary and a history of the game in the region for more than fifty years. For him, it was a labour of love and it is a legacy the region would do well to catalogue.

“The community expresses its condolences to his wife and children and to the Government and people of Barbados. His was a good innings, well-played.