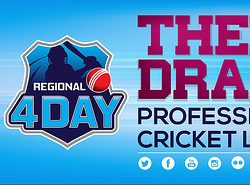 West Indies captain Dwayne Bravo and batsman Andre Russell arrived yesterday ahead of the first One-day International against India on Wednesday. There was some confusion as the two players got into the wrong vehicle. When informed, they got out into another car which was also not meant for transporting them.

The rest of the members of the West Indies contingent and the Indian team are expected to arrive here today. While the Indian team is expected to practise at the stadium tomorrow at 9.30 a.m., the West indies would practice at 1.30 pm. Over 1,800 police personnel would be deployed for the smooth conduct of the ODI, senior police officials said.