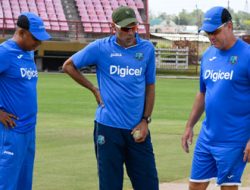 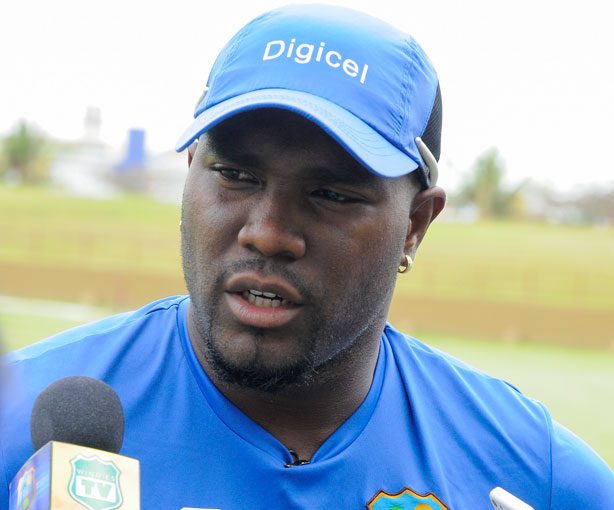 PROVIDENCE—West Indies know the enormity of the challenge that face them to pre-qualify for the 2019 ICC World Cup in England and will step up to meet it in the three One-day Internationals against Pakistan over the next week.

The duo of leg-spinner Devendra Bishoo and off-spinner Ashley Nurse gave this assurance in separate interviews as the two teams prepare for the three matches this coming Friday, Sunday and Tuesday—all to be contested at the Guyana National Stadium.

Both teams will be aiming to consolidate their positions in the ICC World Rankings in their bid to qualify directly for the next 50 overs-a-side World Cup.

The West Indies, the 1975 and 1979 world champions, are at present sitting in ninth position on 84 points, five points behind eighth-ranked 1992 winners Pakistan. Bangladesh, which recently drew its three-match series with Sri Lanka, is seventh on 92 points.

West Indies lead Pakistan 15-13 on head-to-head battles on soil and have a chance to move ahead of the visitors—but they will have to win all three matches to ensure this takes place.

Hometown kid Bishoo, playing an international on home soil for the first time in six years, and Nurse, who has played at the venue on several occasions for Barbados Pride, will be two players that Jason Holder will be banking upon to make it happen for West Indies.

“For sure, it is a big series,” said Nurse. “It’s obvious what we have to target. We are feeling pretty good at the moment and want to have a successful series.

“The pitch looks good, but I am not a curator, and I am not sure how well it will play, but we have been told the surface has been relaid, and hopefully it plays better than previously and we can get some good scores on matches played on it.

“Fielding will be a key thing for us. We did not have a good series in the field against England. We dropped a number of chances against them. In this series, it must be about improving and taking everything that comes our way. We have to improve our fielding and just do a good job all-round in the upcoming three games.”

Bishoo said: “I’m very excited, playing at home for the first time since 2011, so it’s something about which I am a little anxious, but we’re all looking forward to this series and we know that we’ll just have to be focussed because this is an important series.

“Everybody is comfortable with one another. The T20 series is finished so we’ve got to put that behind us and now focus on winning this series.”

The two West Indies spinners have endured a few tough breaks along the way, but they both credited hard work and self-confidence in their ability to respond to the challenges and overcome them.

“As a professional, you try to get better every day,” said Nurse. “I had fair success against England, but the important thing is to continue performing for West Indies.

“You always want to work hard in the nets. Even when you are not playing, you still need to go into the nets and do what you have to do to stay sharp, so that when you get into the game, you are able to make the most of that opportunity.

“As spinners, we have to work as a team bowling in the middle overs with only four fielders allowed outside of the circle which can be a bit hard, so you have to concentrate, bowl in tandem, and try to keep the runs down and pick off two or three wickets in the middle.”

Bishoo said: “I have more experience on my side. Over the years, it has been a learning process all the way through, but now I am more comfortable in my own abilities and happy to be back playing ODIs for West Indies—and it is even more exciting to be playing at home.

“In the ODIs, I have a simple game plan—I just try to vary my pace as much as possible and try to keep bowling my areas. I don’t try to do much and get too clever, I just try to stick to the basics and bowl my variations.

“Playing against Pakistan, I already know what are my plans for them. I have played quite a bit against them, so I kind of understand how they go about their business and what their approach will be.”

Hosts England and the seven other top-ranked teams on September 30 this year will qualify directly for the 2019 World Cup with the remaining four teams getting a second chance through a 10-team qualifying tournament next year.

This will also be the final series before the annual update is carried out on May 1 to ensure the table continues to reflect teams’ recent form with older results being discarded.

This, in turn, means when the ODI team rankings are overhauled on May 1, the table will reflect all matches from May 1, 2014, with matches played from May 1 last year to carry 100 per cent weighting. (CMC)