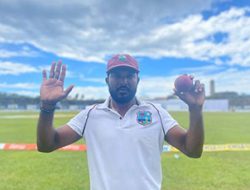 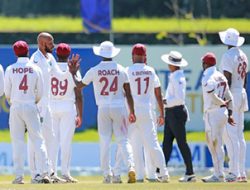 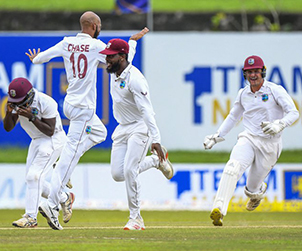 Captain Kraigg Brathwaite topscored with a patient half-century as he helped West Indies stay ahead of Sri Lanka on an intriguing third day’s play. Celebrating his 29th birthday, Brathwaite made 72 as the visitors took a first innings lead of 49. In the final session West Indies had two fantastic run outs as they applied pressure on the home team’s batsman. 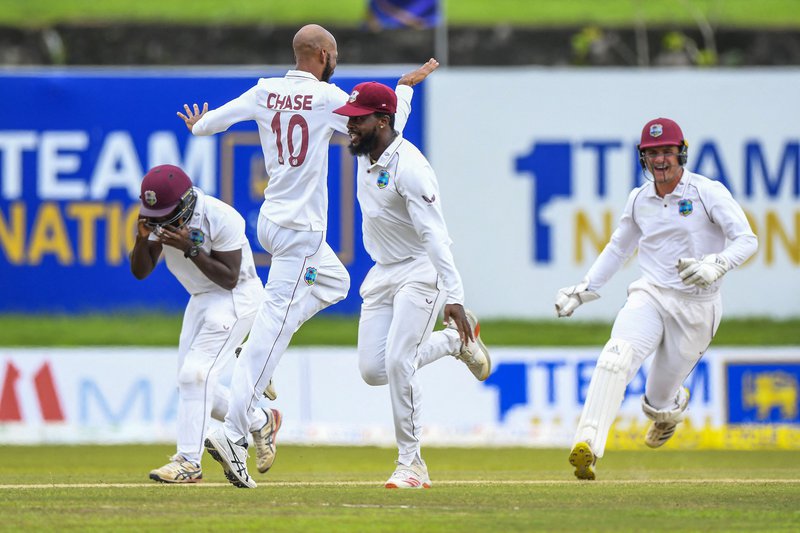 West Indies started the day at 69-1 and progressed to 145-2 at lunch. They batted well to add 76 runs in the morning session, losing only one wicket against Sri Lanka’s spin bowlers on a turning pitch. Overnight batsman Nkrumah Bonner was dismissed leg-before by off spinner Ramesh Mendis for 35, ending his 75-run partnership with Brathwaite for the second wicket.

Brathwaite was 62 at the interval, after positing his 23rd Test half-century. He added 10 more after the interval when he was bowled by Lasith Embuldeniya. Brathwaite faced 185 balls and batted for close to 4 ½ hours but his dismissal with the score at 166-3 led to a collapse as the score slipped to 208-8. 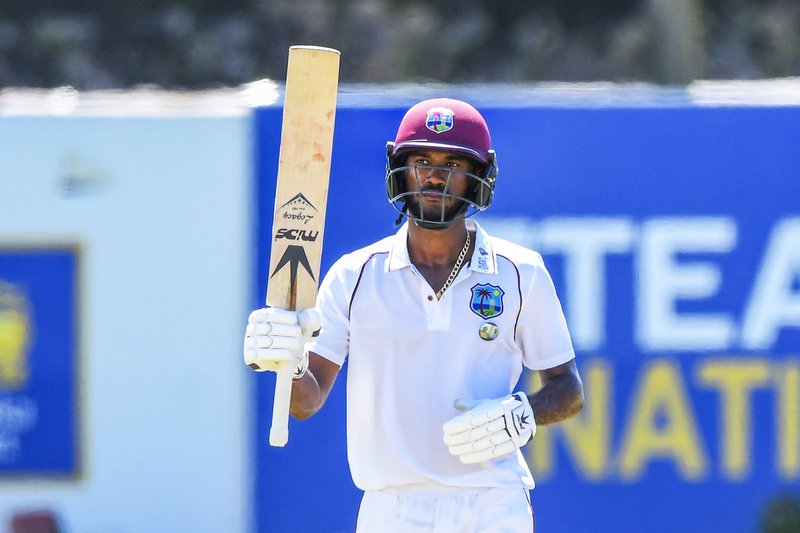 Left-hander Kyle Mayers then made 36 not out to lead a lower order fightback as he added a vital 38 for the ninth wicket with Veerasammy Permaul, who made 15. The Sri Lanka spinners took all 10 wickets. Mendis, with 6-70, led a Sri Lankan fightback with a maiden five-wicket haul but the West Indies still led by three runs in the second innings.

“A first innings lead of around 50 runs on this surface is good. We have the opposition two (wickets) down with a small lead going into the fourth day. I don’t think the pitch has any demons, it’s still spinning but a bit slow, so you have to access the conditions and try to ‘get in’. Start on this pith is kind of hard so once you get in you have to maximize,” Mayers said after the day’s play.

Captain Dimuth Karunartne (6) was run out by a brilliant direct hit from Mayers as he threw down the stumps at the non striker’s end. Oshada Fernando fell by a similar route as Jermaine Blackwood and keeper Joshua Da Silva combined in a clever piece of work.