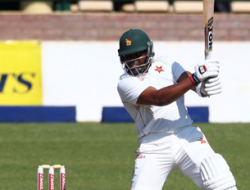 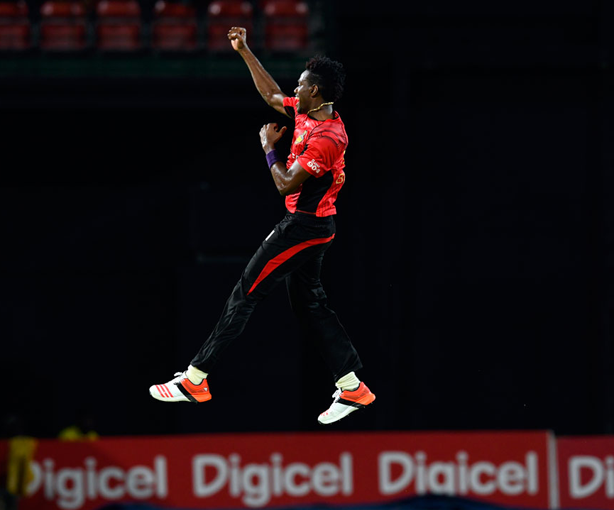 St Lucia Zouks’ dreams of a maiden CPL title were ended by defending champions Trinbago Knight Riders, who turned out a clinical batting display in the eliminator at St Kitts to qualify for the second playoff while knocking Zouks out of the competition.

Ronsford Beaton and Brendon McCullum played starring roles as Knight Riders kept Zouks to 164, before chasing down the target with five wickets in hand and nine balls to spare.

St Lucia’s innings started strongly and finished strongly, but lost momentum in the middle. After being put in to bat, openers Johnson Charles and Andre Fletcher put on a breezy stand of 62 off 44. They had their share of luck along the way – not only did they benefit from three dropped chances, but Fletcher also survived a close shave in the second over when a Beaton yorker squeezed under his bat and hit the base of the stumps without dislodging the bails. Charles was the more attacking of the two, hitting three fours and two sixes in his 22-ball 31, but it was his dismissal in the eighth over that broke the momentum.

It took Zouks 10.1 overs, and the loss of six wickets, to score their next 62. Wickets fell at regular intervals, with Beaton collecting figures of 3 for 23 including two in two in the 18th over. Fletcher, the only batsman to spend appreciable time in the middle during this phase, struggled to find the boundary and ran out of steam to finish with 41 off 43. At the fall of the seventh wicket, Zouks were languishing at 124, with just 15 balls left in the innings.

However, captain Darren Sammy and Shane Shillingford provided the innings with a late fillip, smashing 40 runs in those last 15 balls, including two sixes each in that period. Knight Riders’ sloppy fielding cost them dearly, as Sammy and Shillingford were each dropped twice before embarking on their respective six-hitting rampages. Shillingford’s two sixes came off the last two balls of the innings, propelling Zouks to 164 and leaving Knight Riders to contemplate a shoddy fielding performance that included seven drops in all.

They seemed to have put that behind them by the time the run chase came around, though, with the top three getting the side off to a flying start. Though all three lost their wickets inside the Powerplay, they had helped Knight Riders on to 68 for 3 after six overs, with Umar Akmal scoring 30 off 15.

Thereafter, McCullum – who had dropped two catches earlier in the day – steered the innings with an unbeaten 49 off 41. Knight Riders were in cruise control from about halfway through their chase, requiring little over a run a ball as McCullum controlled proceedings. Sunil Narine, coming in at No. 7, ensured that the match did not go into the last over; he hit consecutive sixes off Delorn Johnson* in the 19th and sealed the win with a single past point.

Knight Riders now move on to the second playoff, a virtual semi-final, where they will play Jamaica Tallawahs for a berth in the final.