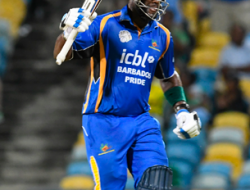 Pride beat Scorpions by one wicket 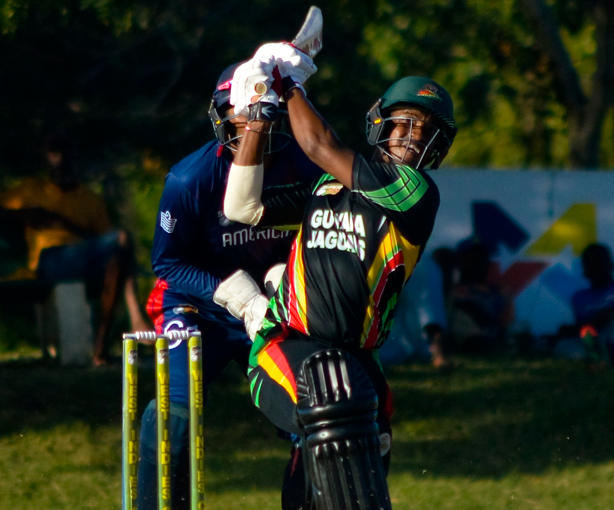 Chasing a tricky 221 for victory in a game reduced to 45 overs per side due to rain, Jaguars were 212 for four in the penultimate over when bad light brought a premature end to the contest at the Windward Cricket Club in the east of the island.

Calculations put the Jaguars ahead on the D/L method, handing them a victory to follow up the eight-wicket one over Combined Campuses and Colleges Marooners on Saturday.

Johnson was one of the main architects of Monday’s win, top-scoring with 78 while fellow left-hander Assad Fudadin weighed in with 43.

All-rounder Chris Barnwell was unbeaten on 29 in a positive stand with veteran Shiv Chanderpaul on 22 not out, when the game ended.

Fast bowler Ronsford Beaton had earlier produced a Man-of-the-Match performance with four for 28 as ICC Americas, sent in, rallied well to reach 220 or seven off the allotted 45 overs.

Captain Nitish Kumar carved out 66 while Timroy Allen again showed his worth with the bat 37.

Following a delayed start because of early morning showers, ICC Americas survived the  cheap loss of Kamau Leverock for 14 at 19 for one in the seventh over, to reach 120 for three in the 31st.

This was thanks to Kumar who anchored two productive stands, putting on 45 for the second wicket with Fahad Babar (24) and another 56 for the third wicket with Alex Amsterdam (22).

When he was fourth out, Allen blasted two fours and two sixes in a swift 34-ball knock, in a 53-run fifth wicket stand with Srimantha Wijeyeratne who hit a run-a-ball 27.

Jaguars’ reply started shakily when opener Rajindra Chandrika (2) and Raymon Reifer (6) perished cheaply to the leave the innings uncomfortably placed at 29 for two in the 11th over.

However, Johnson and Fudadin combined to revive the run chase, posting 131 for the third wicket to deflate ICC Americas. While Johnson struck nine fours and a six off 84 balls, Fudadin counted four fours off 88 deliveries.

They fell in the space of six deliveries but Chanderpaul and Barnwell put on 50 for the fifth wicket to see Jaguars to safety.

A Amsterdam c Johnson b Beaton 22

Saad Bin Zafar not out 1

N Dutta not out 0

S Chanderpaul not out 22

C Barnwell not out 29