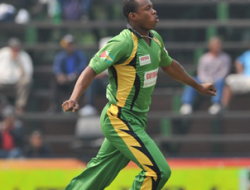 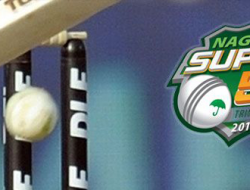 Jamaica’s senior men’s cricket team head coach, Junior Bennett, says he has high expectations of legspinner Nikita Miller, who has been appointed to lead the team in the Regional Super50 tournament which begins in Trinidad and Tobago tomorrow.

Miller, who made his 50-over debut against Windward Islands in 2004, was recently announced as skipper of Jamaica’s Super50 squad, his first stint as leader.

“Nikita is a very experienced player and leadership is nothing new to him. He has been vice-captain of various national teams,” said Bennett.

“It’s just that he stepping up to the plate now and will have to use his experience. I have no doubt he will do well in the tournament.”

The Jamaicans are hoping for better fortunes this year under new leadership, backed by strong batting performances.

“Once our batting comes to the party that will increase our chances of doing well,” Bennett said.

“Last year, I don’t believe we batted as well as we could have, so this is the area of major concern for us. We have been bowling extremely well and our out-cricket is good, once our batting turns up, we should be very competitive.”

Their first game is against Leeward Islands Hurricanes at Queen’s Park Oval on Friday.

“I think our chances are extremely good, although we have five players that are debutants. I believe that once we play to the best of our ability, we will be competitive,” said Bennett.

“Once we play well and consistently throughout the tournament, we should give a good account of ourselves.”

Over the last decade, the Jamaica Franchise have distinguished themselves in the four-day format with no less than a half-dozen titles, but have been unable to transfer that success into the limited overs format.