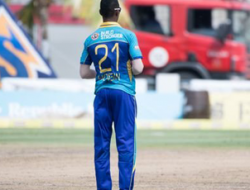 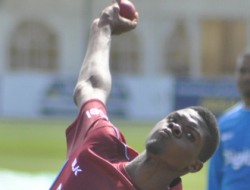 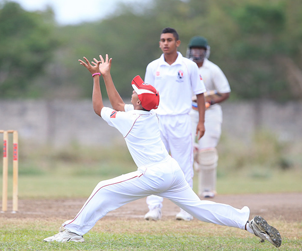 BASSETERRE, St Kitts, CMC – Barbados hit back against defending champions Trinidad and Tobago while Jamaica got the upper hand against Leeward Islands, on the second day of the fourth round of the Regional Under-19 Championship here Monday.

At Molineaux, Barbados entered the day trailing by 66 on first innings after being bundled out for a paltry 77 but returned to bowl out out T&T for 116 and set up an interesting final day on Tuesday.

Sachin Seecharan once again led T&T with 40 while Avinash Mahabirsingh, batting at number nine, chipped in with 23.

The Trinidadians failed to make the most of their first innings advantage, crashing to 18 for four before Seecharan and opener Leonardo Francis – who spent three hours and 140 balls over 17 – revived the innings in a 50-run, fifth wicket stand.

Left-arm spinner Camarie Boyce was the best bowler with there for 33 while Kemar Burrowes (2-10), Jarion Hoyte (2-12) and Raniel Smith (2-12), all picked up two wickets each.

Barbados require 183 on Tuesday for victory.

At Conaree, Jamaica put the Leewards under pressure heading into the final day after securing a first innings lead of 56 runs.

Resuming on 114 for four, they were eventually dismissed for 219 with Raewin Senior converting his overnight unbeaten 25 into 38 while Dominic Samuels got 30 and Darren Small, 28.

They were 170 for seven at one stage but Samuels and Kristoph Virgo (22) rallied the innings in a 41-run eighth wicket stand.

In their second turn at the crease, the Leewards lost two wickets in ending the day on 44 – still 12 runs behind.

At St Paul’s, the contest between Guyana and Windward Islands seemed headed for a draw after the Guyanese batted all day to reach 206 for four and carve out a first innings lead of 52 runs.

Resuming on 90 for one, they got half-centuries from Kevelon Anderson who made 60 and opener Javid Karim who converted his overnight unbeaten 44 into 57.

The pair put on 81 for the second wicket to lay the foundation for the innings.