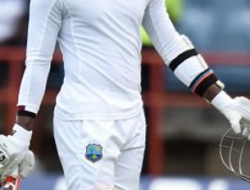 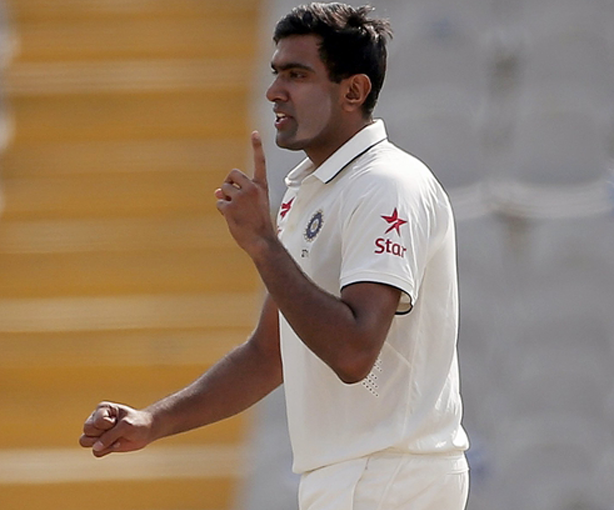 Batting isn’t easy at Sabina Park. In 20 years, no ground has been quite as stingy in giving up Test match runs. Ask the local boy Marlon Samuels, who had to wait nearly 10 overs to get off the mark. Or the five Indian bowlers, who excelled after they were gifted first use of a pitch with live grass and considerable moisture. West Indies chose to bat and crumbled to 196 all out. Side note, R Ashwin secured his 18th five-wicket haul in 34 Tests.

Batting is not impossible at Sabina Park. It is the venue that gave cricket the number 365, with a little help from Sir Garry Sobers. It was where Brian Lara proved he wasn’t just the Prince of Trinidad but King of the World. West Indies do not have players of that calibre willing to play Tests at the moment, but with a little more conviction, they could have been batting when the conditions were at their best for it. Instead, they were all out in 52.3 overs and the final-session bounty went to KL Rahul, who was unbeaten on a brisk 75 off 114 balls. A fine knock from India’s back-up opener, marking his return to Test cricket after nearly a year.

The West Indian quicks pitched too full or too short or too wide. Their legspinner Devendra Bishoo began with three long hops. If there was a plan, its last step possibly read “execute at your own peril”. It didn’t help that when they did fool the batsman, luck wasn’t with them. Dhawan drove lazily outside off stump, twice, but neither carried to the fielders. Rahul, anxious to get the four runs he needed for a fifty, hit offspinner Roston Chase against the turn and was dropped by Darren Bravo at short midwicket. That both batsmen felt no need to temper themselves was perhaps an indication of what they thought of the opposition’s ability to pose a threat even on a helpful pitch.

Virat Kohli had said it had been “damp” at the toss. The ball swung and seamed. It came to the batsman at a pace he couldn’t trust; it bounced inappropriately. All of that was the result of the moisture not entirely out of place in the first session of a Test match, especially at a ground where batsmen have only averaged 25-odd since 1996.

The drive had to be stowed away in such conditions, but Ashwin, Ishant and Shami constantly put the ball at a fullish length on middle and off stump. Kohli had an even spread of close catchers – three for the outside edge and three for the inside edge. And West Indies were asked to play shots they knew could get them out.

So Jermaine Blackwood began by leaving his second ball; it only barely bounced over off stump. Later, he lunged forward to defend Ashwin, but couldn’t reach it on the half-volley and was struck on the chest. Samuels was tempted into driving on the up by Ishant on 0, and was nearly done in when the ball leapt up at him. Shane Dowrich was caught behind trying to leave the ball. It seemed like West Indies were in a dark, cramped tunnel and even the light at the end of it was India celebrating around a bonfire.

Ashwin was having fun once more. While his first wicket may have come in fortunate circumstances – an lbw against Blackwood shown by HawkEye to only graze the outside of leg stump – the next one exemplified the confidence he has in himself. Samuels had just torched a six straight down the ground. He was invited to do so again, this one tossed up even higher. When the ball was halfway down its path, however, Samuels realised he would never get close enough to its pitch. Ashwin’s dip had taken care of that. A hastily executed flick resulted in an inside edge that was safely caught at short leg. Ashwin had Dowrich caught behind, while Holder and Bishoo were beaten in flight; the five-for was rather academic.

India had to grit their teeth through a few stages: the 62 balls that Blackwood batted for his half-century, the two balls that Bishoo nicked to the keeper and was not given by umpire Ian Gould, the 38 balls that debutant Miguel Cummins – playing in place of Carlos Brathwaite – and Shannon Gabriel swung around for, and the one that consumed Shikhar Dhawan to give Chase his first Test wicket with less than an hour to stumps.

Everything else, however, went their way. Kraigg Brathwaite, stout of defence and temperament, fell to a simple trap. Two men were put under helmets at forward and backward short leg. Ishant bowled a short ball angled towards the batsman’s ribs – predictable considering the field placing – and Brathwaite promptly fended to Pujara in front of square.

Darren Bravo fell to a simple trap too, but through no fault of his own. Ishant went around the stumps to make sure the left-hander would feel he has to play more than he could leave. India were aiming at his weakness outside off stump, with a bowler known for straightening the ball off the pitch. Ishant pitched it full on fifth stump, drew Bravo into a block, claimed the edge that was caught by second slip. Shami had Rajendra Chandrika nicking off to gully.

Blackwood walked out with the score at 7 for 3. West Indies hadn’t seen such dire times against India since the Port-of-Spain Test in 1983. Blackwood was in the middle of dire times himself, having bagged a second pair in five Tests, and was a prime candidate to be dropped to accommodate an extra bowler. The selectors kept faith in him, however, and his counter-attacking half-century was the only high point for West Indies.