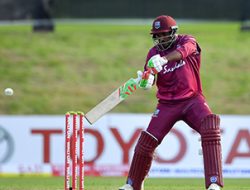 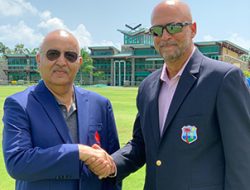 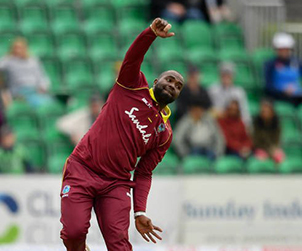 He took 3-53 off his 10 overs – and at one stage he took two wickets in an over to slow down Bangladesh’s run chase – but they eventually reached 248-5 off 47.2 overs to overhaul the 247-9 made by West Indies off their 50 overs. Nurse is now the leading wicket-taker in the tournament with seven wickets.

Bangladesh keeper Mushfiqur Rahim (63) and opener Soumya Sarkar (54) both played well to lead their side to victory.

Earlier in the match, Shai Hope extended his excellent form with a top score of 87 off 108 balls, which included six boundaries and a six. This followed scores of 170, 109 and 30 – to be the leading batsmen in the tournament with 396 runs.

Captain Jason Holder made a solid 62 off 76 balls with three boundaries and a six off 76 balls. He helped Hope put together a partnership of 100 for the fifth wicket, after the West Indies slipped to 99-4 in the 24th over. The leading bowler for Bangladesh was Mustafizur Rahman who took 4-43 to win the Man-of-the-Match award.

West Indies will meet Bangladesh in the final on Friday at the Malahide Ground. First ball is 10:45am (5:45am Eastern Caribbean Time/4:45am Jamaica Time).