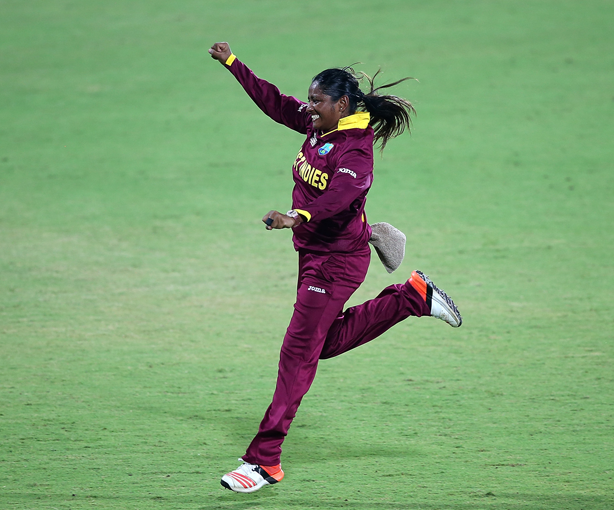 Chasing a seemingly small target of 104, Pakistan were dealt a serious blow early in their innings when the opener Javeria Khan was struck below her ear in the first over off a bouncer from Shamilia Connell. Javeria was immediately stretchered off the field and taken to a nearby hospital. Javeria underwent a CT scan, and is understood to now be conscious.

Sidra Ameen and Bismah Maroof steadied the innings with a patient 40-run stand, but three quick blows from Mohammed swung the contest decisively West Indies way. First, Mohammed removed Ameed in the ninth over before proceeding to dismiss both Aliya Riyaz and Maroof in the 11th. It left Pakistan needing 60 off the last 56 balls, but the momentum was in West Indies’ hands. Muneeba Ali (15), Sana Mir (18) and Asmavia Iqbal (19) all chipped in with handy knocks to keep Pakistan in sight of the target, but their slow run-rate left the team needing 12 off the final over, bowled by Deandra Dottin.

Dottin conceded three off the first ball, but Pakistan failed to find the boundaries – the team managed just five in their entire innings – as West Indies hung on to open their account. Mohammed ended with figures of 4-1-25-3.

Earlier, Anam Amin picked up 4 for 16 to wreck West Indies’ top and middle order and keep the team to 103 for 8. West Indies’ captain Stafanie Taylor top-scored with 40, while Hayley Matthews and Merissa Aguilleira provided 15 runs each. Taylor stoked five boundaries during her 49-ball knock; the rest of the team combined managed just one.