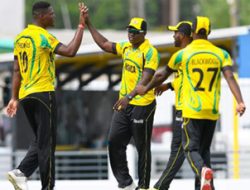 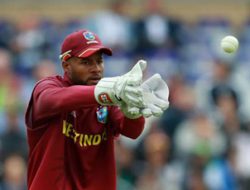 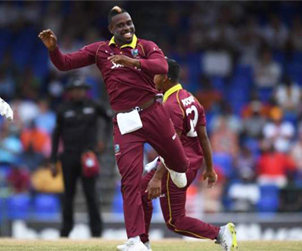 18th November 2019 Comments Off on Allen To Miss T20Is With Knee Injury; Keemo Paul Gets The Nod Views: 650 News

Allen To Miss T20Is With Knee Injury; Keemo Paul Gets The Nod

All-rounder Keemo Paul has made a return to the West Indies Twenty20 team as a replacement for Fabian Allen, who suffered an injury to his right knee. Paul, the 21-year-old livewire allrounder and outstanding fielder, takes the place of the 24-year-old Allen, who was diagnosed with a Grade 1 posterior cruciate ligament sprain.

Allen went down in the early stages of the Afghanistan innings in the first T20 International on Thursday night at the Ekana Cricket Stadium in the Indian city of Lucknow. At that stage Paul came on as substitute and took a superb catch diving forward as West Indies won that match by 30 runs.

In a media release on Saturday, CWI announced that arrangements are being made for Allen to remain in India and complete his rehabilitation. Paul is right-arm medium-fast bowler who bats right-handed. He has so far played 16 T20Is – with 20 wickets including a best of 5-15 against Bangladesh in Dhaka last year. He was part of the ODI squad which won 3-0 earlier in the tour.

West Indies lead the series 1-0 following their win the opening match. The series continues on Saturday night and another win would see the visitors take an unassailable 2-0 lead in the three-match rubber. First ball is 7pm (9:30am Eastern Caribbean/8:30am Jamaica).