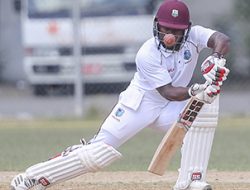 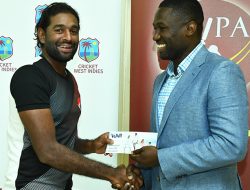 St John’s, ANTIGUA – The Hero Caribbean Premier League (CPL) and Cricket West Indies (CWI) have agreed a window for the 2019 edition of the tournament. This year’s event will take place between 21 August and 27 September. The opening round of matches will take place in Trinidad & Tobago and Guyana before returning to these two countries for the playoffs and finals once again.

For the second successive year the very best of the cricketing talent in the Caribbean will be taking part in the tournament with WINDIES centrally contracted players available for the majority of the tournament.

As well as the very best Caribbean cricketers, fans can look forward to the top players the sport has to offer descending on the Caribbean for 34 matches of high intensity cricket. The Biggest Party in Sport is coming back, and the plan is for it to be even bigger.

Speaking about the window for the tournament, Pete Russell, COO of Hero CPL, said: “We are very pleased to be playing our tournament in August and September for the third successive year and we have now agreed that this will be the time of year that CPL takes place for the next five seasons. Fans now associate this time of year with Hero CPL and we have already started work on bringing the party to life in 2019. Having the best Caribbean cricketers and the world’s best overseas is what our tournament is all about, and this window gives us that.”

Johnny Grave, CEO of CWI, said: “The Hero CPL has developed into one of the best and most exciting T20 competitions in the world and we look forward to hosting another successful tournament later this year.  We are pleased that we have been able to find a window in our WINDIES International calendar to ensure that all the best Caribbean cricketers can take part, as the tournament plays a crucial role in our preparations and planning for the T20 World Cup in 2020.”

First started in 2013, the Hero Caribbean Premier League (CPL) is a franchise-based T20 format cricket tournament that combines two of the most compelling aspects of Caribbean life – dramatic cricket and a vibrant Carnival atmosphere. Combining broadcast and digital viewership over 200 million fans watched the 2018 season to make it one of the fastest growing leagues in world cricket. Trinbago Knight Riders are the current Hero CPL champions and the other competing teams are Barbados Tridents, Guyana Amazon Warriors, St. Kitts & Nevis Patriots, St. Lucia Stars and Jamaica Tallawahs. For further information visit www.cplt20.com.