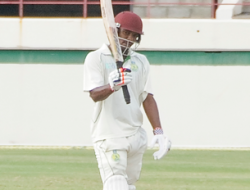 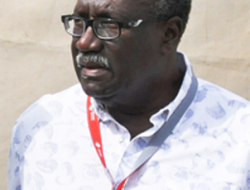 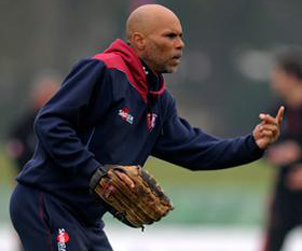 Englishman Richard Pybus is no longer the West Indies Cricket Board (WICB) director of cricket. The position has been given to former West Indies batsman Jimmy Adams.

Adams, a former Jamaican cricketer, who represented the West Indies as player and captain during his career, will now have as his head coach the Australian Stuart Law, who takes up the position which was left vacant by T&T’s Phil Simmons after he was fired by the WICB back in September.

The decision to fill these two critical positions were taken at the weekend at the WICB’s final quarterly meeting which took place in St Maarten.

Pybus, 52, who created waves in the Caribbean with some of his decisions did not seek to have his contract renewed and the directors of the board saw it a good fit for Adams.

The Jamaican quit his position at Kent earlier this year after serving five seasons between 2012 and October 2016 as coach, to make himself available for either the position of director of cricket or that of head coach of the West Indies team.

Pybus of Newcastle will stay on for a while to ease Adams into the position as he has penned a 20-point plan for the development of cricket in the Caribbean.

Law who played one Test and 54 one day internationals for Australia was the former coach of Sri Lanka and Bangladesh. Earlier this year, he was the first choice of the Pakistan Cricket Board (PCB) as their head coach but turned down the position, expressing his inability to join the team immediately.

In September the position became vacant when Simmons was fired by the board. Simmons was initially appointed on a three-year contract in March 2015. His reign encompassed the West Indies’ remarkable T20 World Cup triumph.

However, despite that high point, the off field relationship between Simmons and the WICB often bubbled beneath the surface, most notably in 2015, when he complained about the selection of the squad for a one-day series against Sri Lanka.

He was suspended after complaining of “interference” in the selection process, before eventually being reinstated after a reprimand. Simmons’ success in the T20 arena however was not mirrored in Test cricket. During his reign the West Indies won only one of 14 Tests, with the most recent defeats coming in a 2-0 series loss against India.

Law, 48, Queensland’s all-time leading run scorer in first class cricket, will have as his first assignment to lead the regional team in February next year when England visits the Caribbean for a series of three one day internationals. The board will be looking to him for immediate results as the West Indies team is now in ninth position in the ICC ODI rankings and needs to be in the top eight by September this year, or face a play off to get into the ICC 2019 World Cup in England.