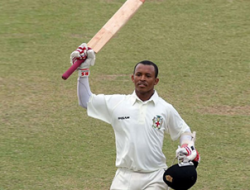 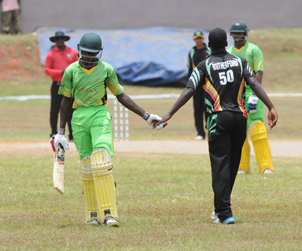 DUBAI—West Indies will open their campaign in next month’s ICC Under-19 World Cup in Bangladesh against archrivals England, organisers announced yesterday.

The contest is scheduled for the Zohur Ahmed Chowdhury Stadium in Chittagong and will be one of an unprecedented 20 matches set for live broadcast during the January 27 to February 14 tournament which features 48 games overall.

Eleven games were broadcast live during last year’s event, while ten matches each were televised during the 2008, 2010 and 2012 tournaments. West Indies will do battle in Group C which also includes minnows Zimbabwe and Fiji.

Sixteen teams will compete in four groups during the preliminary round, with the two top teams from each group advancing to the Super League stage. ICC general manager of cricket, Geoff Allardice, said the Youth World Cup remained an important fixture in the world governing body’s schedule.

“The ICC U19 Cricket World Cup an event which provides talented youngsters an early taste of international cricket in a global setting. Countless players have come through this event, and emerged shortly afterwards on to the international arena,” Allardice said.

“It is at this tournament that the players also receive important education on topics such anti-doping and anti-corruption, which provides them a head start on the challenges that lie ahead for professional sportsmen.”

Following the January 29 clash with England, West Indies will face Fiji two days later before wrapping up their preliminary round campaign against Zimbabwe on February 2, also in Chittagong.

West Indies were knocked out at the quarter-final stage when the tournament was staged in the United Arab Emirates last year, as South Africa went on to beat Pakistan in the final. The Proteas will clash with Bangladesh on the opening day on the opening day in Chittagong which will also see England play Fiji.