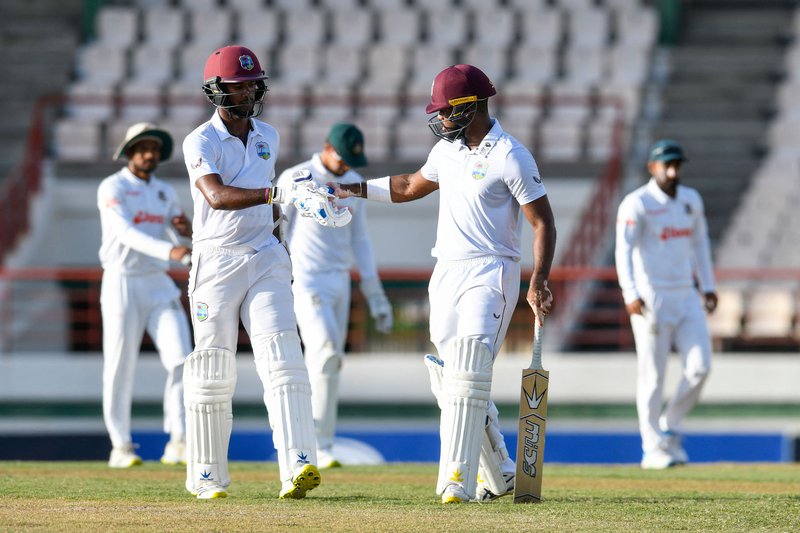 Choosing to bowl first after winning the toss, West Indies kept up the same aggression which saw them win the first Test in Antigua earlier this week, as the pacy Joseph (3-50) and lively Seales (3-53) spearheading the charge. Another young speedster, Anderson Phillip claimed 2-30 in a very impressive debut performance while Kyle Mayers chipped in with 2-35 to trigger a Bangladesh decline from 105-2 to lose their last eight wickets for 129 runs. Litton Das top-scored with 53 while veteran opener Tamim Iqbal got 46 but Najmul Hossain (26), Shoriful Islam (26) and Animul Haque (23) all got starts and failed to carry on. 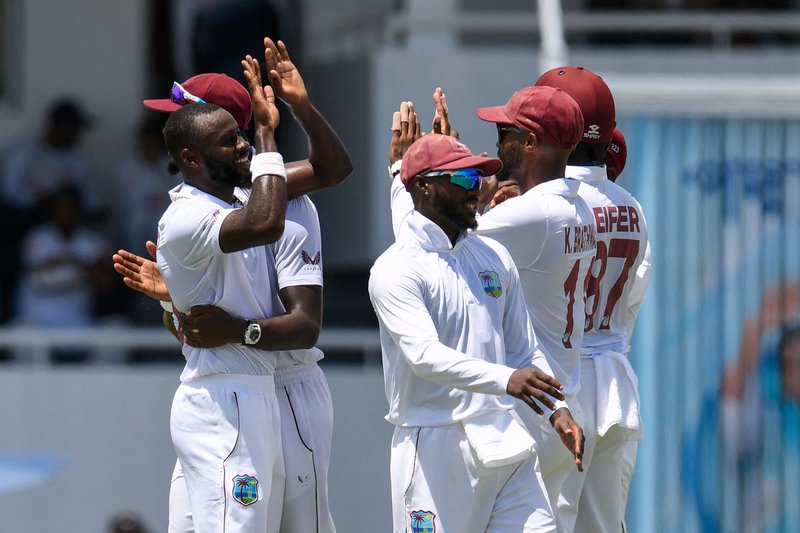 In reply, West Indies cruised to 67 without loss at the close, left-hander John Campbell ending on 32 not out and captain Kraigg Brathwaite, 30 not out, to be only 167 runs in arrears heading into the second day on Saturday.

Campbell, coming off an unbeaten half-century in the second innings of the last Test, has struck five fours off 41 balls while Brathwaite has also shown intent in punching four boundaries in his 55-ball knock. 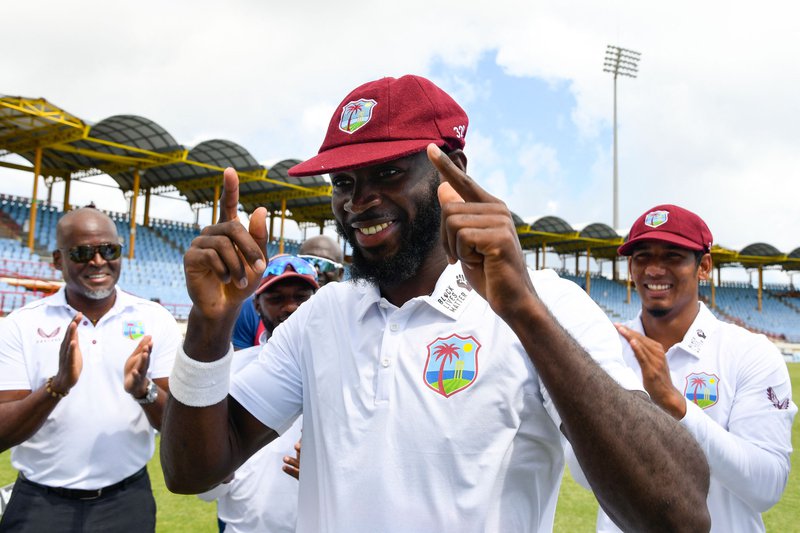 “It was pretty much a balanced day. Credit to the bowlers, at least they came out and gave their best effort which had Bangladesh on the back foot again,” said Phillip. “I think I started on good areas. The ball was moving around a bit so I just wanted to make sure it finished on the stumps.”

Left-hander Tamim gave Bangladesh a solid start, putting on 41 for the first wicket with Mahmudul Hasan Joy (10) to starve West Indies of early success. However, it was Phillip who struck on the stroke of the hour with only his second ball in Tests, bringing one back to bowl Mahmudul through the gate.

Tamim, who counted nine fours off 67 balls, appeared to be building another partnership this time with Najmul when he found himself into a drive too early and scooped Joseph to Jermaine Blackwood at point, about 20 minutes before lunch.

Najmul, on 16 at lunch, combined with Anamul, unbeaten on five at the break, in a 37-run third wicket stand which saw Bangladesh to 77-2 at the break and kept West Indies without immediate success on the resumption.

Phillip however made the incisive breakthrough as he got one to keep low and trapped Anamul in front. The West Indies were clinical and Bangladesh lost four wickets in the session, to be 159-6 at tea. Mayers gained a plumb lbw decision against Najmul, captain Shakib-al-Hasan played on to Seales for eight before Nurul Hasan gloved a hostile short delivery from Joseph through to the alert Joshua Da Silva behind the stumps, who held the catch head-high with one hand.

West Indies will look to build on their solid start when play resumes on Saturday, second day of the match, First ball is 10am (9am Jamaica Time). Fans can purchase tickets via the new WINDIES TICKETS service presented by Mastercard, at www.tickets.windiestickets.com. Fans can watch live on ESPN Caribbean and listen to live radio commentary on the Windies Cricket YouTube channel.