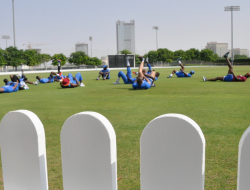 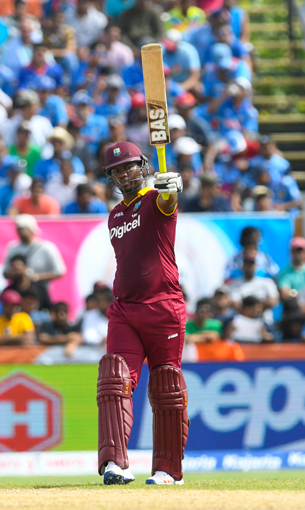 The Caribbean side opened their tour with a 22-run victory in a warm-up game over an Emirates Cricket Board XI on Tuesday but the 27-year-old still felt they were adjustments to be made.

“I still think we need to get accustomed to the conditions,” he said afterwards.

“There’s still a bit of jetlag but we’ve just got to get past that and put in the work in the training sessions [over the next few days] and then come to war.

He added: “It’s a lot more heat than back in the Caribbean but still we are fighters and we’ve just got to go on with whatever situation you have and make the best of it.”

Charles was one of the leading scorers with 42 off 32 deliveries as West Indies reached 166 for seven off their 20 overs at the ICC Academy here.

He struck five fours and a six and held the first half of the innings together, before perishing in the 11th over with the Windies struggling for runs.

However, the uncapped pair of Nicholas Pooran (47) and Rovman Powell (38) came together in a positive 52-run, fifth wicket partnership which lifted the innings.

“My innings could have been better but the pitch was a bit on the slow side,” said Charles, who has become the Windies’ staunch limited overs opener in recent times.

“It was very dry so definitely there will need to be some change in the way I play but all in all, it was a good innings. I just need to boost it up.”

“I thought they played brilliantly, Pooran especially at the end to come in and get us to a solid total,” Charles pointed out.

“Rovman also played a good innings in that he helped us to recover. Kudos to them. They just have to carry on and let this be the building block.”

West Indies face Pakistan in the opening T20I on Saturday.