Hope Keeps Bajan Afloat; Leewards Have Trinis On The... 21st May 2022 Comments Off on Women’s Cricket Returns With The CG Insurance Super50 Cup And T20 Blaze In Guyana Views: 305 News

ST JOHN’S, Antigua – The best women’s cricketers in the West Indies will be back in action as Cricket West Indies (CWI) hosts the CG Insurance Super50 Cup and the T20 Blaze regional tournaments in Guyana. The CG Insurance Super50 Cup matches will be played at three venues – Everest Cricket Club, Enmore Cricket Ground and the Guyana National Stadium from June 7 to 17. The T20 Blaze event will feature five full days of entertainment for the fans from June 19 to 25. There will be three matches per day – starting at 10am, 2:30pm and 7pm under lights at the Guyana National Stadium. 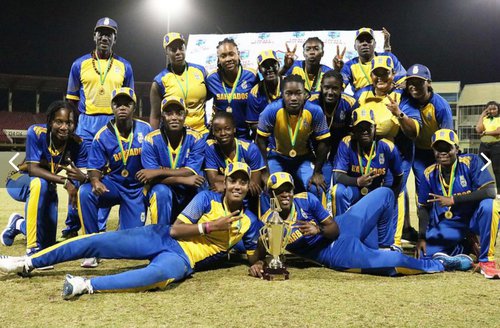 For this year’s CG Insurance Super50 and the T20 Blaze several world-class players will be representing their home territories in what promises to be a keenly contested three weeks of action. Barbados are defending champions in both formats.

This will mark a significant return as the women’s tournaments were not played in 2020 and 2021 due to the COVID-19 pandemic. During that period CWI continued its investment in the development of women’s players and organized several high-performance camps at the Coolidge Cricket Ground in Antigua and also hosted international series, including an inaugural Women’s “A” Team series, while the West Indies Women’s team also toured England, Pakistan and South Africa.

“We are delighted to see the return of the women’s regional tournament on our annual calendar as it is a crucial component of our cricket in the region. We are also pleased to have our international players in action on home soil playing with our regional players.”

“Our women’s game is showing improvement, as was demonstrated with some good performances during the ICC Women’s Cricket World Cup in New Zealand earlier this year. Ideally we want to see further demonstration of that progress as we look to upcoming bilateral series and international events. Very importantly, the regional tournament will serve to identify players who could potentially graduate to our international squads in the near future.”