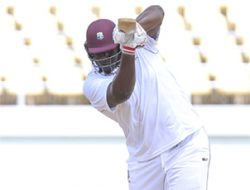 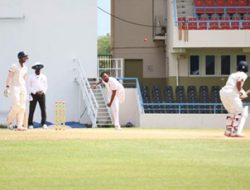 Fruitless Toil Ends In Defeat For West Indies “A”... 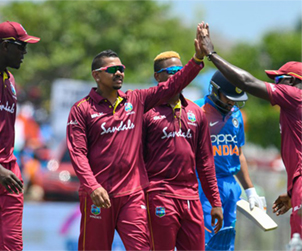 LAUDERHILL, Florida – A run-a-ball 49 from veteran Kieran Pollard failed to invigorate reigning World Twenty20 champions West Indies, as they stumbled to a four-wicket defeat against India in the first MyTeam11 T20 International, co-sponsored by Skoda and Fena, on Saturday here.

In a scrappy, low-scoring affair at the Broward County Stadium, West Indies could only muster 95 for nine from their allocation of 20 overs – their fifth lowest total in the shortest format of the game.

MISSED THE MATCH? CATCH THE HIGHLIGHTS BELOW:

Pollard drew on his vast experience to hold the innings together in a knock that included two fours and four sixes, and left-handed compatriot Nicholas Pooran sparkled briefly in a 16-ball 20, but no other West Indies batsman reached double figures.

The West Indies batting was undermined by Player-of-the-Match Navdeep Saini, who bowled brilliantly on debut to claim 3-17 from his allotted four overs – and fellow seamer Bhuvneshwar Kumar supported with 2-19 from four overs.

The host team’s bowlers however, made India toil for runs in reply, as the visitors lost wickets at regular intervals, before reaching the modest target in the 18th over with 16 balls remaining to take a 1-0 lead in the three-match series.

Rohit Sharma led the way with 24, while captain Virat Kohli and Manish Pandey scored 19 each, but failed to carry on.

The second match will be contested on Sunday at the same venue with the final game of the series next Tuesday at the Guyana National Stadium.