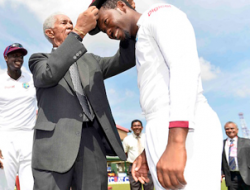 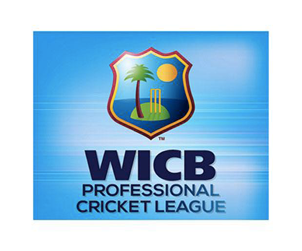 The WICB announced today the schedule for the Tournament which opens on Friday, November 6, and will again be played under the franchise arrangement that was implemented from last season.

It will be a hard act for the Jaguars to follow up, after they became the first side to claim the Headley-Weekes Trophy, symbol of regional supremacy, in the franchise era of the R4Day by topping the table, following victories in eight of their maximum 10 matches.

Their only loss came on home soil in the third round of matches, when their long-standing rivals Barbados Pride clinched a nail-biting, two-run victory, dismissing the Jaguars for a record low of 66 in the second innings on the final day at the Guyana National Stadium, where they also drew with Trinidad & Tobago Red Force in the penultimate round.

In the other first round matches during the coming season, Leeward Islands Hurricanes host Red Force at Warner Park in Basseterre, St. Kitts, and the Pride, last year’s second-placed team, welcome Jamaica Scorpions to Kensington Oval in Bridgetown.

The Tournament will again be contested under a round-robin format, featuring 10 rounds of matches, comprising five home and five away fixtures apiece for each of the six franchises, with the team accumulating the most points being declared the Champions.

For the coming season, the Addelita Cancryn Junior High School ground has been brought back onto the list of approved venues to stage first-class matches in the R4Day for the first time in six seasons.

The ground, located in Charlotte Amalie, the capital of the United States Virgin Island of St. Thomas, will stage the seventh round match between Hurricanes and Volcanoes, following a series of inspections of the venue by a joint team from the WICB and West Indies Players’ Association.

The PCL also comprises the NAGICO Super50 Tournament which will be played January next year in Trinidad and St. Kitts. Venues for this tournament are being finalisedand the full schedule will be published soon.

(Scheduled start 10 am daily, except where indicated)