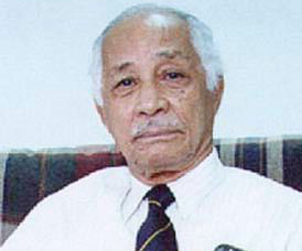 16th March 2015 Comments Off on WIPA extends its condolences to the family of Dr Alloy Lequay Views: 1597 News, WIPA Releases

WIPA extends its condolences to the family of Dr Alloy Lequay

KINGSTON, Jamaica: The executive and members of the West Indies Players’ Association (WIPA) wish to extend their condolences to the family and friends, and the entire cricket and table tennis fraternity of Trinidad and Tobago on the passing of Dr Alloy Lequay yesterday at the age of 90.

Dr Lequay served as President of the TTCB from 1977 and then CEO from 1978 till the time of his retirement. He was also Chairman of the WICB’s Cricket Development Committee. At the 2008 WIPA Awards when asked about his service to the sport, Dr Lequay responded by stating that he was satisfied and contented with what he left behind.

On learning of the Dr Lequay’s passing, WIPA’s President and CEO, Wavell Hinds said yesterday, “We recognize and appreciate the valuable contribution by Dr Alloy Lequay to West Indies Cricket. The world of cricket will be poorer for his passing and we at the West Indies Players’Association are saddened and extend our deepest condolences to his family and friends. ”