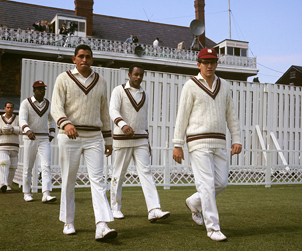 KINGSTON, Jamaica – The West Indies Players’ Association is saddened by the passing of former West Indies opening batsman Stephen Camacho. WIPA would like to extend our sincerest condolences to the family, friends and the greater cricketing community across the Caribbean.

Mr Camacho served West Indies cricket both on and off the field. He was a reliable opening batsman playing 11 tests at an average of 24.09 and 76 first class matches at an average of 34.86. On his retirement from on field play in 1978, his service as an off field patron began. He first served as West Indies team manager during the West Indies team dominance era in the 1980s. He then served as secretary of the West Indies Cricket Board. Mr Camacho later became the first full-time employee of the WICB serving as their Chief Executive Officer, a position he held for 18 years until his retirement in 2000.

WIPA’s President and CEO Wavell Hinds on learning of Mr Camacho’s passing said, “I, on behalf of our board of directors and members would like to express our heartfelt condolences to the family and friends of Mr Camacho. We in sport administration can learn from his legacy of always putting West Indies cricket first.” Mr Hinds further went on, “Mr Camacho was someone to admire for his dedication and hard work both on and off the field for the greater development of West Indies cricket. He will be greatly missed by West Indies cricket.”