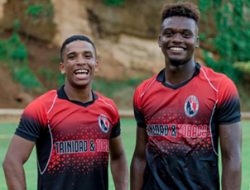 KINGSTON, Jamaica– The West Indies Players’ Association (WIPA)would like to express condolences to the family and friends of Livern Wellington who passed away earlier this week in Florida.

Wellington was a former Jamaican cricketer from St. Catherine who played in the late 60s and early 70s. He was a right-handed batsman who played eleven first-class matches.Wellington was 69 years at the time of his passing.

WIPA Secretary, Wayne Lewis, states “the WIPA family would like to send our best wishes to the family and friends of Mr. Wellington in this difficult time”.