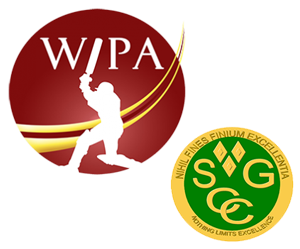 Kingstown, St Vincent – A Memorandum of Understanding (MOU) on Educational Support, between The West Indies Players’ Association (WIPA) and The St. Vincent and The Grenadines Community College (SVGCC), was signed today by Mr. Nixon McLean, Vice-President of WIPA and Mr. Nigel Scott, Director at SVGCC.

The MOU establishes a platform to build a relationship between WIPA and SVGCC, in the effort of contributing to the personal development of West Indian cricketers. SVGCC will facilitate the enrolment of WIPA members that are interested in furthering their education at the institution. Currently, SVGCC offers educational programmes ranging from CAPE-CXC and Associate Degree-level to the Bachelor Degree-level.

“WIPA is pleased to join forces with The St. Vincent and The Grenadines Community College. We are committed to creating opportunities for cricketers to advance their education and this agreement is reflective of that very commitment.” commented by Mr Nixon McLean, Vice-President of WIPA

Mr. Nigel Scott, Director at SVGCC, remarked at the signing “The St. Vincent and the Grenadines Community College (SVGCC) is delighted to collaborate on this initiative with the West Indies Players Association (WIPA). As the premiere public Post-Secondary institution in the country, we take our responsibility to be a leader in the thrust of National Development seriously. We believe that this initiative will help to further the cause of national and regional development and greatly assist our cricketers in being more balanced individuals and we are pleased to be a part of it.”