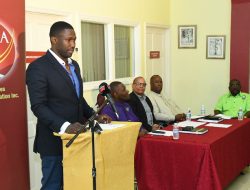 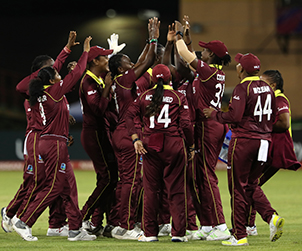 ST. JOHN’S, Antigua – As part of Cricket West Indies’’ continued support to bring international cricket back home to Pakistan, the WINDIES Women’s Team has agreed to play in three (3) T20I matches in Karachi, prior to the three match ICC Women’s Championship ODI matches in the UAE.

As part of their series preparation, the WINDIES Women will arrive in Dubai on 26 January for a training and acclimatization camp, before traveling to Karachi on 30 January.

Commenting on the Tour, CWI Chief Executive Officer, Johnny Grave, said: “Following the successful hosting of the WINDIES Men’s team in Pakistan in April 2018, we have confirmed to the PCB that our WINDIES Women’s squad will now also play a three-match T20I series in Karachi too.”

“This Tour is a further major step for our friends at the Pakistan Cricket Board (PCB) to bring their cricket back home, and we are pleased that our players and support staff have recognised this and agreed to play the T20Is in Pakistan.”

Grave added: “The security plan arranged by the PCB is the exactly the same level that the WINDIES Men’s team had last year and Independent security advisors, Eastern Star International (ESI) have confirmed to both CWI and WIPA that they are satisfied that the risk is manageable and can be mitigated to an acceptable level.

“We made it very clear to the players and support staff that should any of them have any personal reservations about this Tour, that we fully understand and accept their position.”

Following the detailed security plan from the PCB and the independent security assessment from Eastern Star International (ESI), Stafanie Taylor has opted out of touring Pakistan and will join the team for the ICC Women’s Championship ODIs in Dubai.  Merissa Aguilleira will take over as captain for the T20Is in Pakistan with Shakera Selman as vice-captain.  Stafanie Taylor will resume as captain for the ODIs in Dubai.

Cricket West Indies Chairman of Selectors, Courtney Browne stated, ““After a decent and competitive ICC World T20, the WINDIES Women will be expected to build on that momentum going into the away tour against Pakistan. The team needs to improve its showing in ODI cricket especially and the panel is expecting to see marked improvements during the ODI series. The team has been based at our high-performance Centre in Antigua over the last year and we have seen improvements, as reflected in the World T20, particularly in their fielding. “

On squad selection, Browne added, “Coming into the squad for the first time is young opening batter Rashada Williams from Jamaica, who has impressed the selectors with her solid technique and her ability to play spin, along with off-spinner Karishma Ramharack, who has been rewarded for her consistency in regional cricket. The panel takes this opportunity to wish team all the very best for their first tour of 2019.”

The WINDIES Women are currently ranked fourth in the ICC Women’s T20I rankings, while Pakistan are ranked seventh. In the ODI rankings, the West Indies are sixth and Pakistan seventh.

Karishma Ramharack is a replacement for Hayley Matthews who suffered medial knee ligament damage to her right knee during the WBBL in early December.  Hayley still requires a further 3-4 weeks of therapy before she can resume playing.