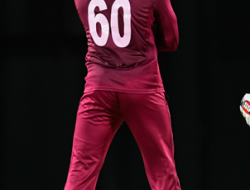 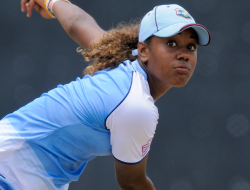 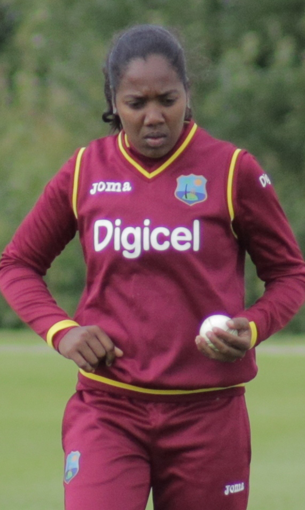 LEICESTER, England (CMC) – West Indies Women leg-spinner Afy Fletcher has warned against taking the euphoria of last year’s Twenty20 World Cup triumph into the upcoming 50-overs World Cup starting next week.
The 30-year-old all-rounder, a member of the successful side which beat Australia in India to take their maiden World title, said the formats were different and West Indies needed to evaluate each game carefully.

“I think this is a different version of the game so I think we need to look forward to his version and not carry any T20 pressure from the last World Cup,” Fletcher said.
“We need to look forward and take each game step by step and once we do that we will not (put) ourselves under any pressure but just carry our basic knowledge and apply it in each game.”

Fletcher has been joined in the 15-member squad by the likes of World-rated players Stafanie Taylor and all-rounder Deandra Dottin for the June 24 to July 23 tournament.
Opener Hayley Matthews, former skipper Merissa Aguilleira and Anisa Mohammad, all members of the championship-winning side, are also expected to feature prominently.
Fletcher, who has played 27 one-dayers since making her debut nine years ago, said West Indies needed to take a calculated approach to the tournament and guard against complacency.

“I think we have a fairly good team so I’m looking forward for us to take it one day at a time,” he stressed.
“We’re not rushing anything; just take it step by step, day by day with each game. I’m looking forward to us … doing our best.
“I think each game is important. (Each team) we have to face is important. I look at all my opponents as threats so everybody has to be prepared equally.”

Fletcher, who has taken 27 wickets at an impressive average of 20 in her career, said bowling on the pitches in England would require a different approach.
“I’m just trying to keep it simple and go within every practice sesssion … and practise on whatever area I need to work on,” she explained.
“(I need to) just focus on each area and do what is expected. I just need to continue doing what I have to do and keep my consistency.
“Basically we can see that the wickets are flat and don’t generate much spin so we just have to focus on what we want to do.”