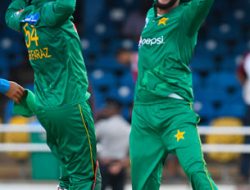 Pakistan aiming to use ODI series as preparation for... 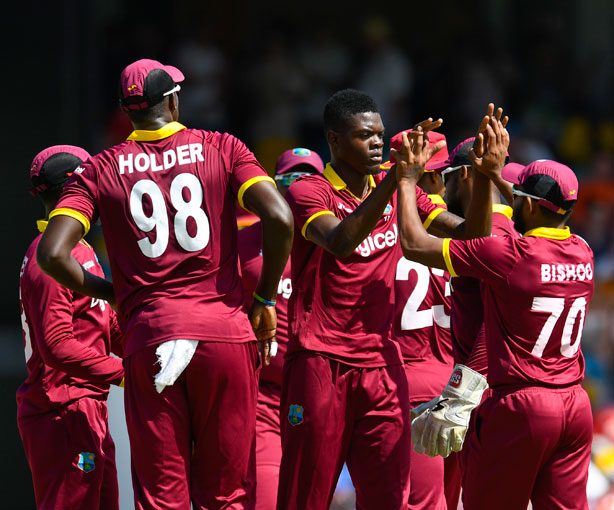 A NEW-LOOK West Indies team arrived in Guyana yesterday, ahead of their three-match One Day International (ODI) series against Pakistan at the Guyana National Stadium. The three ODIs are scheduled for April 7, 9, and 11, with matches set to bowl off from 09:30hrs.
Given their recent run of form, West Indies are under pressure to bring their ‘A’ game, in order to avoid the indignity of having to qualify for the next World Cup in 2019.
The ODIs will be crucial, since the top eight teams in the ICC ODI rankings at the end of September 2017 automatically advance to the 2019 Cricket World Cup in England.
Pakistan are currently ranked eighth on the ICC ODI rankings table, the last automatic-qualification spot, with 89 points while West Indies are five points behind them in ninth position with 84 points.
If West Indies fail to get into the top eight spots by September, they must participate in the 2018 ICC World Cup Qualifier.
That tournament is currently scheduled to be held in Bangladesh, although that may change if Bangladesh – currently ranked seventh with 91 points – gain an automatic qualification.
“We look forward for this tour; it’s just a situation where we need to get out and start the series well. It’s a very short series,” said West Indies skipper Jason Holder, while speaking to reporters at the Cheddi Jagan International Airport.
Holder will be joined by Guyanese Devendra Bishoo, Jonathan Carter, Miguel Cummins, Shannon Gabriel, Shai Hope, Alzarri Joseph, Evin Lewis, Jason Mohammed, Ashley Nurse, Kieran Powell, Rovman Powell and Chadwick Walton in the West Indies 13-man squad.
“It’s a good squad,” Holder pointed out, adding that “there are a couple of changes and it will be a good test; we just need to play good cricket.”
“The series will be crucial and as I said it’s very important that we play good cricket. The T20 series is behind us; this is a new format and we have some fresh faces coming into the squad,” Holder said.
Given the home side’s recent form in international cricket, Pakistan will be seen as favourites to clinch this series, despite West Indies’ record at the Guyana National Stadium, Providence, where the Caribbean side won two of the three games against Pakistan.
However, last year when the two teams met in an ODI series on West Indies tour of the UAE, Pakistan won the series 3-0.
It is the first Pakistan tour of the West Indies since 2013 – when Pakistan won a five-match ODI series 3-1 and swept a pair of T20 Internationals – and their first Test series in the Caribbean since a drawn two-match series in 2011.