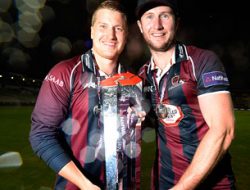 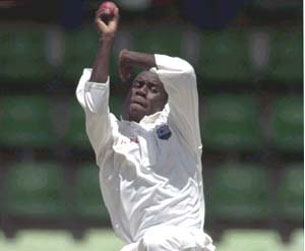 23rd February 2017 Comments Off on Windies primed to do well against England – Stuart Views: 983 News

Former West Indies and Guyana fast bowler Colin Stuart has backed the regional team to make use of its home advantage in the upcoming series against England.

A West Indies team, shorn of a few regular players, will begin the three-match limited overs series against England in Antigua and Barbuda on March 3rd.  Despite being currently 9th in the rankings the West Indies have put in several encouraging performances in the ODI format, particularly in the Caribbean.  The fifth-ranked England have struggled in the format as of late, handily defeated by India last month.  While expecting a competitive series Stuart expects the team to find added motivation to hand the English another series defeat.

“These are professional cricketers and they have the capability of doing well at the highest level; this is a good bunch of guys who should be highly enthusiastic to beat England,” Stuart told Guyana Times.

“I’m confident the West Indies will do well against England once they play consistent cricket in both departments; the bowlers will have to deliver, while the batsmen must show great focus,” he added.