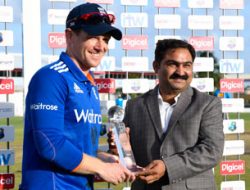 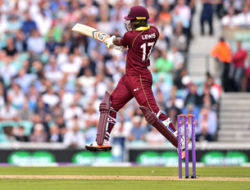 Windies in fund-raising drive to bring relief for hurricane victims

BRISTOL, England (CMC) – West Indies players wore black armbands during Sunday’s third ODI in tribute to those who lost their lives in the recent hurricanes which swept through the Caribbean.
The Windies will also participate in a fund-raising drive in the ongoing series to raise money to aid with the relief efforts in the region.
As part of this arrangement, there will be collection points manned by the Red Cross at the two venues for remaining matches in the series.
The initiative began with Sunday’s match played at the County Ground here and will continue during the fourth match at the Oval in London tomorrow. The final match is carded for the Ageas Bowl in Southampton on Friday.
“We have all heard of the devastation and we’ve seen image and videos of what happened back home during the passage of the recent hurricanes,” said captain Jason Holder.
“We want to do all we can to help with the relief efforts. Whatever we can do to help we are ready to during this very difficult time.”
Earlier this month, the tiny island of Barbuda was left uninhabitable during the passage of Hurricane Irma. And last week, Dominica was battered by Hurricane Maria resulting in catastrophic damage and over 15 deaths so far.