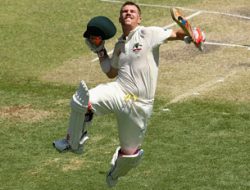 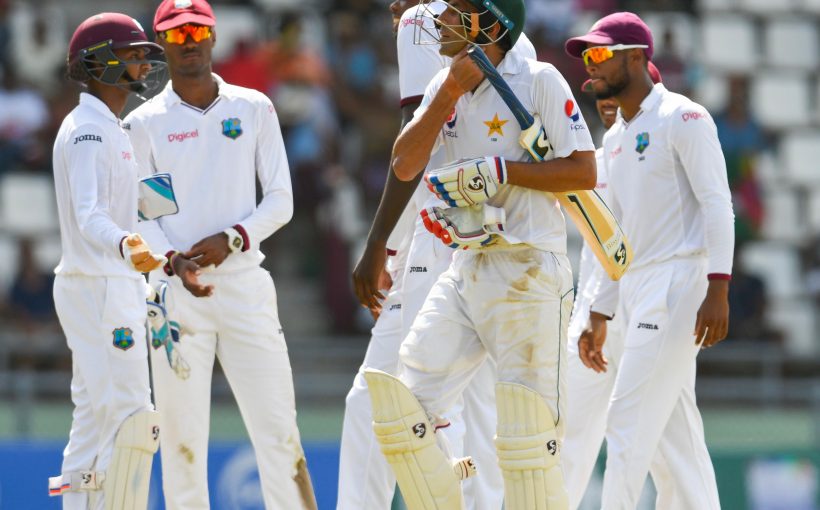 Fourteen wickets tumbled as a contest, which ambled lazily for the first three days, suddenly sprang to life on the fourth, leaving West Indies with the ominous task of surviving today’s final day to deny Pakistan a historic series win in the Caribbean.

On a topsy-turvy day of the decisive third Test at Windsor Park, West Indies were bowled out in their first innings for 247, as the outstanding rookie seamer Mohammad Abbas claimed his maiden five-wicket haul in Tests with five for 46.

Armed with a lead of 129, Pakistan slumped to 90 for seven in their second innings as West Indies wrested control before the visitors rebounded to declare on 174 for eight.

Set an improbable 304 to win on a turning pitch, West Indies ended on seven for one, still requiring a further 297 runs of their target.

They casualty was left-hander Kieran Powell (4), who pushed forward uncertainly to the third last ball of the day from leg-spinner Yasir Shah, for Shan Masood at silly point to come up with a brilliant, low one-handed catch.

Earlier, West Indies’ hope of getting close to Pakistan’s first-innings total of 376 were dashed as Abbas ran through the lower order to pick up four of the five wickets to fall for the addition of just 29 runs.

Leg-spinner Yasir Shah failed to add to his tally, finishing with three for 126.

Roston Chase, who retired hurt on 60 last evening, returned to top-score with 69 while captain Jason Holder finished unbeaten on 30.

The hosts were stunned in the first over of the morning when wicketkeeper Shane Dowrich lazily wafted at a wide ball and played on to seamer Mohammad Amir off the fourth delivery without adding to his overnight 20.