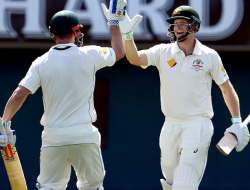 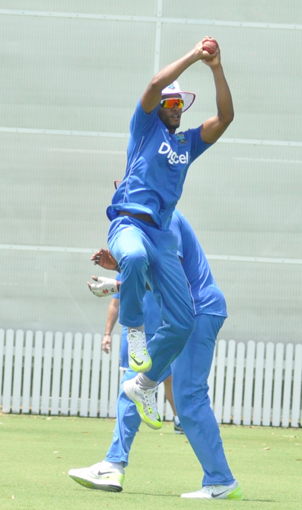 HOBART –– The much-maligned West Indies are battling to regain respect against Australia in the first of three Tests starting in Hobart tomorrow, but the odds are heavily stacked against the once-mighty Caribbeans.

They have won just four of their last 20 Tests and were humbled by ten wickets in their only warm-up game by a modest Cricket Australia XI.

In contrast, third-ranked Australia are coming off a 2-0 home series win over New Zealand and spanked the Windies in two Tests earlier this year.

Heading into the return series, the West Indies are ranked only above Bangladesh and Zimbabwe and last won a Test in Australia in 1997, while they have failed to win a series Down Under since 1992-93.

Given their mediocre run of recent results, Jason Holder’s tourists face a huge credibility gap and have been given next to no chance by many pundits.

Sydney’s Daily Telegraph did not pull any punches in declaring: “It’s hard to dress this West Indies series up as anything other than what it is: a pending embarrassment for world cricket.”

Despite their critics, the Windies camp are talking up their chances of upsetting the odds, although it’s largely fallen on deaf ears.

“I love being the underdog,” paceman Kemar Roach said this week.”So when we come out on top it will be a whole different story.

We will go out there, do the best we can and give them a good run.”

Helping the Windies’ chances will be an under-strength Australian pace attack, minus injured spearhead Mitchell Starc and the recently retired Mitchell Johnson.

Selectors have turned to James Pattinson and Nathan Coulter-Nile to replenish their diminishing fast bowling ranks while also mulling the pressing need to give Adelaide Test man-of-the-match Josh Hazlewood some time off to refresh.

The tourists say they have identified weaknesses to exploit in the Australian batting lineup for their own bowlers, led by Jerome Taylor, Holder and Roach.

“They have some in-form batsmen like David Warner and Steve Smith so it’s important we put pressure on the middle order,” Holder said.

“If we can get some early wickets with the new ball we can get guys like Shaun Marsh, who are trying to make their way back into the side, and put them under some pressure to score.”

The Australians for their part are wary of the nothing-to-lose attitude of the West Indies.

“We will have to be on top of our game,” star batsman Warner said.”Don’t take that as gospel how they got beat comprehensively (by the CA XI) because we know what they are like.”