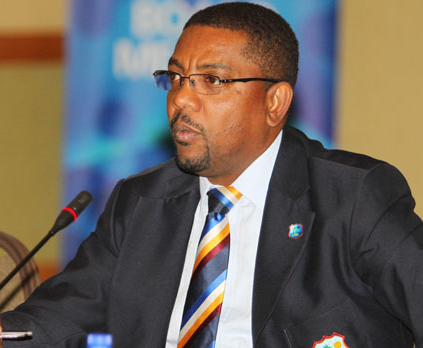 WICB president has said it is necessary for his board to better peoples’ experience at the ground during Test cricket, to draw bigger crowds. Small turnouts for Tests have been an issue in the Caribbean in recent years – as it is in several countries around the cricketing world – and the poor attendances continued over the first two matches of the ongoing West Indies-India series.

“As the West Indies Cricket Board, we need to do a lot more in terms of entertaining people at the ground,” Cameron said. “Right now, a lot needs to be done. We need to have Wi-Fi in the grounds, we need to be able to cater for children in a better way.

“Cricket, especially Test matches, is an entire-day experience. Parents want to be able to take their kids to the cricket, to be able to enjoy the cricket, and not be too mindful that their kids are going to drop off a chair. So I think there’s a lot that we can do, in terms of ‘sportainment’, to ensure that the fans come out to the game and not just sit at home and watch the game.”

“A lot of people, fans out there, are interested in what is going on. So it’s not that the game is dead, it’s how do you get eyes coming into the ground and watching it versus those who are watching on social media or on television.”

West Indies’ poor long-format showings added to the flagging numbers, Cameron said, but insisted he was confident of things turning around. “Part of why we don’t have as much crowds today is the team is not the best team, and when I say the best team, meaning we’re not winning at this point in time. But, that said, I can assure you, based on our Professional Cricket League [the regional first-class competition] and where we’re at right now in terms of development, in another year or so we’ll see people coming back to watch Test cricket.”