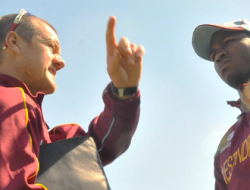 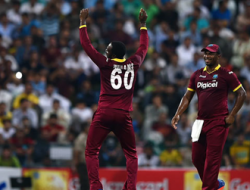 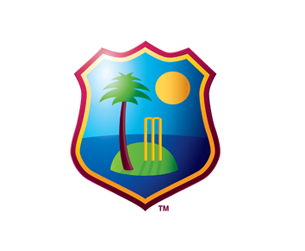 The last minute decision to stage two T20 matches against India in Florida turned out to be a blessing in disguise for the West Indies.

Sources say the matches were financial successes with some US $11.2 million being generated from media rights and gate receipts.

Although cricket in the Americas falls under the auspices of the West Indies Cricket Board (WICB), it was the Board of Control for Cricket in India (BCCI), who were given permission by the WICB to host the matches, and despite the fact that one of the two games was affected by rain, the BCCI was still able to make a profit.

A member of the WICB told Guardian Media that the outcome has gone a long way in healing wounds between the two cricketing nations following the 2014 debacle which saw the West Indies aborting a tour of India with several matches still to be played.

The fiasco left the WICB with a debt of US $41.97 million and it took months of discussion and sensitive negotiations before the WICB and the BCCI were able to arrive at a workable option.

Speaking on the condition of anonymity, the WICB director said the board through some sound negotiations has been able to come up with solutions to the pacify the Indians.

According to the director: “A cricketing solution has been used to bring this matter to an end and this is really great for us because a bill of that magnitude would have crippled West Indies cricket. The president of the WICB Dave Cameron said from the outset that he was looking towards a cricketing solution and he found it.

“The Board gave the Indians the go ahead to stage the two T20s in Florida. The Indians took charge of the event and it was a great financial success for them. They had really good crowds at the two matches and of course, because of the tremendous interest in their team back in India, the television rights were easy to negotiate and brought in good revenue.”

Cricket interest in the US, and especially the Florida area, picked up during the matches and both games were sold out with attendances in the range of 12,000 patrons.

West Indies won the two-match series 1-0, after rain washed out the second game at the half way stage.

The director noted that the arrangements did not end in Florida. “The arrangement struck is that the Indians would return to the West Indies after the Champions Trophy in England next year and the West Indies would travel to India later in 2017 to make up for the loss. In both instances, we expect the Indians to generate revenue that will ease the pain of their losses in 2014.”

The BCCI has also been given the green light to stage T20 matches in Florida next year. This means that the window has opened up to benefit the WICB since they will be able to host matches as the home team after that.

The West Indies team, led by Dwayne Bravo, walked out of the 2014 tour of India after four of the five ODI games, citing a breakdown in negotiations over their pay structure with the West Indies Players Association (WIPA).

The WICB was unable to send a team for the T20 and three Test matches that were to follow. The Board of Control for Cricket in India (BCCI) then forwarded a bill for US$41.97M to the WICB for damages arising out of the walkout. They also severed all bi-lateral relations, which ended earlier this year, with the Indians coming to the West Indies for four Test matches.