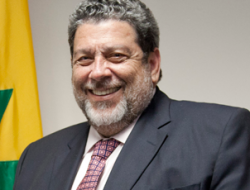 11th November 2014 Comments Off on WI women to clash with Australia Views: 1358 News

SYDNEY, Australia – West Indies Women will square-off with Australia Women today (Tuesday) in a top-of-the-table clash in round two of the ICC Women’s Championship.

The early pace-setters are seeking to cement their advantage in what is set to be a thrilling series opening in Sydney and continuing at the same venue on Thursday before moving to Bowral on Sunday.

“Our previous trip to Australia was for the ICC Women’s World Cup five years ago and we did not have much success, so we want to continue working hard and making progress to leave a lasting impression,” said Merissa Aguilleira, the West Indies captain.

“We need to remain focused because it will be a tough contest. We top the standings right now and want to be there when the series is finished.”

Australia, the reigning world champion, and the West Indies are on equal points after the first round, but the Caribbean women occupy the top spot due to their better net run-rate.

Australia blanked out Pakistan while the West Indies brushed aside New Zealand in first round matches.

“During the series against New Zealand, we had a mission – we wanted to win every game and we accomplished it. We gave evidence that we were maturing as a team,” said Aguilleira.

“We had players coming out in every match and putting their hands up and performing. There is still room for improvement however, and we are looking forward to this new challenge against Australia.”

Later this month, India will host South Africa in another second round fixture while the schedule of Pakistan-Sri Lanka and England-New Zealand matches will be announced in due course.

“We are looking forward to the second round of the ICC Women’s Championship when we take on the West Indies, whom we currently share top position on the points table,” said Meg Lanning, the captain of Australia.

“We are expecting a fierce contest for the top spot on the ladder and we have a squad that is well equipped to prevail.”

The Australia-West Indies series will be live-streamed via the Cricket Australia website. (CMC)