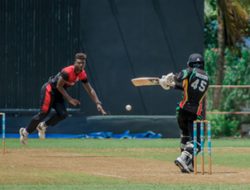 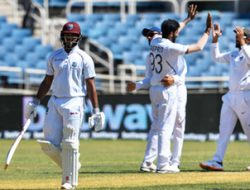 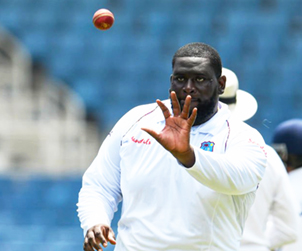 Rahkeem Cornwall made an impactful debut for West Indies with a wicket and two catches at slip, while Virat Kohli made 76 for India on the first day of the second Test of the MyTeam11 Test Series, co-sponsored by Skoda and KEI. India closed a keenly-contested opening day at on 264-5 after being asked to bat first on a green pitch at Sabina Park.

Kohli and opening batsman Mayank Agarwal (55) struck half-centuries, with the duo putting on 69 for the third wicket after KL Rahul (13) and Chesteshwar Pujara (6) fell cheaply.

Cornwall, a 26-year-old off spinner from Antigua, had a hand in the first three wickets to fall, with his catches of Rahul and Agarwal at first slip off skipper Jason Holder. In between Cornwall produced a clever piece of bowling and had Pujara caught at point by Shamarh Brooks.

It was a good day for me, my first day in Test cricket, I really enjoyed it. I was in the game from early with the catch and then I got another later on which was quite pleasing. Was also good to get my first wicket… and make a contribution to the team. One more wicket would have been great, but to have them five down is pretty good for us. The first session tomorrow will be crucial,” the confident Cornwall told reporters after the day.

It a major step up from playing for the Leeward Islands Hurricanes in regional cricket. I never expected it to be easy. You are bowling at high-quality international batsmen with very good track records … so the key was to be patient an always aim to put the ball in the right areas and force them to make mistakes.”

Holder, the number 1 allrounder in Test cricket, was the leading West Indies bowler.

He added the wicket of Kohli to Rahul and Agarwal when the India captain edged a superb out-swinger behind to wicketkeeper Jahmar Hamilton, who was also making his debut. Hamilton, the second Anguillan to play Test cricket after Omari Banks back in 2003, had earlier caught Ajinkya Rahane (24) when Kemar Roach induced the edge. India were 202-5 when Kohli was dismissed but Hanuma Vihari (42) and Rishabh Pant (27) shared an unbroken partnership of 62 to close the day.