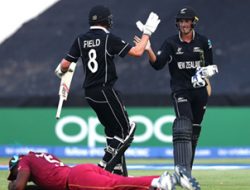 Breaking News: WI Go Down To New Zealand In... 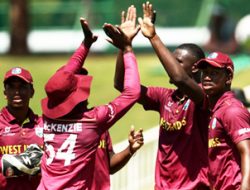 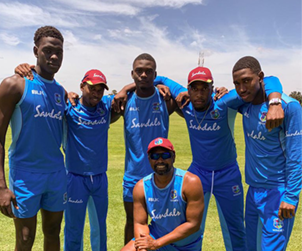 Benoni, South Africa – The West Indies U19 Rising Stars are a victory away from their second World Cup semi-final in four years when they lock horns with New Zealand in the 2020 ICC U19 Cricket World Cup Quarter-Final at Willowmore Park Main Oval on Wednesday January 29 at 10 am local time (4 am Eastern Caribbean Time/3 am Jamaica time).

West Indies U19 Head Coach Graeme West is hoping to use his experience from the 2016 U19 World Cup to help the young West Indies team maintain their form which resulted in them going unbeaten to win Group B.

“It’s all about focusing on the next game and we can’t think further ahead than that. In 2016 we came through the group stages as runner up and Pakistan were hot favourites to progress to the semi-final. This time around expectations are much greater having beaten both England and Australia,” said West to CWI Media.

“The team has performed well in all departments but the coaching team have identified small areas where we can be better and more efficient.

“In the last couple of days our preparation has been designed to address these areas and maintain all the things that have worked well, we have studied our opponents but we know we must be focused on the personal and collective objectives that the players have.”

West further highlighted that the group games against England and Australia could aid the team ahead of the New Zealand clash.

“It’s quite ironic that given the amount of Asian teams in tournament playing well that we haven’t come up against anyone of them as yet,” said West

He continued: “Given the conditions and climate in New Zealand they naturally share some of the methods that both Australia and England would have employed, given their performances so far in the tournament they will provide a very stern test, they are outstanding in the field and have a very positive batting line up.

“It’s a warning for us in terms of the approach they have. We are going to have to match and find ways to combat that and ultimately play our brand of cricket which has been very successful so far.”

The winner of this quarter-final will face either hosts South Africa or Bangladesh in the semi-final on February 6th in Potchefstroom.