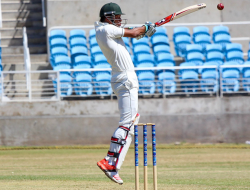 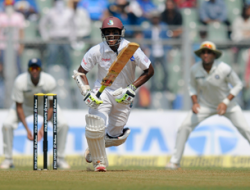 MELBOURNE-At the Queen Elizabeth II Oval, Matthews failed to score but her Hobart Hurricanes still managed a narrow three-run victory over Melbourne Renegades in one of four games played.

Hurricanes rallied to 133 for four off their 20 overs with Amy Satterthwaite top-scoring with 45 not out.

In reply, Renegades were held to 130 for five off their allotted overs, thanks in part to a superb spell of off-spin from Matthews who allowed just 16 runs from her four overs.

At the WACA in Perth, Dottin made just 11 as her Brisbane Heat slumped to an eight-wicket defeat to Perth Scorchers.

Heat were restricted to 101 for nine off their 20 overs and Scorchers eased to their target with nearly three overs remaining.

Nicole Bolton steered her side home with an unbeaten 46 while West Indies all-rounder Dottin picked up one for 18 from a decent four-over spell of medium pace.

Thunder stumbled to 102 for five and Strikers pulled off the uncomplicated run chase with 13 balls remaining. (CMC)