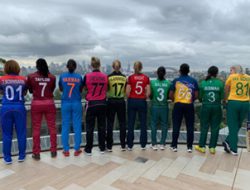 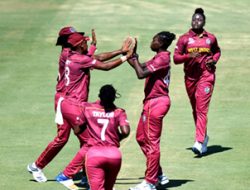 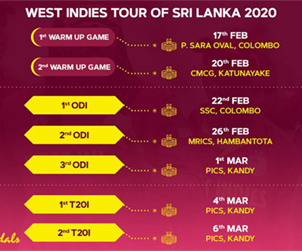 Darren Bravo marked his return with a stroke-filled century as West Indies had their first warm-up match on the ongoing tour against the Sri Lanka Cricket XI on Monday at the P Sara Oval.

The experienced left-hander hit 14 fours and a six in an even 100 – before he retired. He faced just 88 balls and played a number of powerful shots on both side of the wicket but was particularly eye-catching driving through the covers. His effort helped the West Indies post 282 all out off 48.4 overs.

Bravo shared in two crucial partnerships as the West Indies batsmen looked to get valuable time in the middle ahead of the ODI series, which starts on Saturday. He added 113 with Sunil Ambris, who made 41 off 63 balls with six boundaries.

After Ambris fell, Nicholas Pooran joined Bravo and the pair of left-handers dominated the bowling with a stand of 79 in just 12 overs. Pooran, who made his maiden international century against Sri Lanka at last year’s World Cup, scored 41 off 38 balls, with two fours and two huge sixes. In the backend Fabian Allen (28) and Jason Holder (22) played cameos to boost the total.

“My goal was to spend at much time as possible at the crease. I had a particular game plan and it worked out so I’m confident going into the One-Day Series, later this week,” Bravo said.

In the second half of the match, left-arm pacer Sheldon Cottrell (2-22) was sensational with the new ball to have the home side two wickets down in the first over.

Left-arm spinner Fabian Allen (2-62) and leg-spinner Hayden Walsh (2-52) both bowled well but they were trumped by a brilliant knock of 120 from former Sri Lanka captain Upul Tharanga, who hit 16 fours and a six off 124 balls.

The West Indies will remain in Colombo this week, where they will have another warm-up match against the SLC XI on Thursday. The first ODI is at the Sinhalese Sports Club on Saturday.