Record Partnerships For Barbados And Windwards As Second Day... 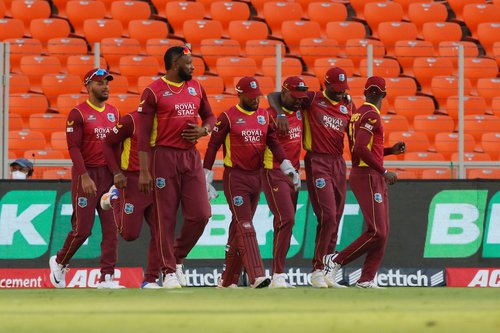 Half-centuries from Shreyas Iyer and Rishabh Pant’s alongside a good bowling performance guided India to a 96-run win against West Indies in the final One-Day International of the three-match series. The home side was bowled out from 265 on the back of some solid West Indies bowling, led by Jason Holder who finished off the innings with four wickets.

In their turn at the crease West Indies fell for 169 in the 38th over.

Earlier, India lost the wickets of skipper Rohit Sharma and Virat Kohli early in the innings as Alzarri Joseph dismissed both of them in the fourth over. Odean Smith entered the attack and got Shikhar Dhawan, as India slipped to 42-3 in the 10th over. Pant joined Iyer and the pair steadied the innings during a partnership of 110 runs for the fourth wicket stand. Pant had scored a counter attacking half century and was looking very dangerous. But he had to depart as he was caught behind while trying to guide a delivery from Hayden Walsh down the third-man.

West Indies were looking to close out the innings at this point but Deepak Chahar and Washington Sundar played good knocks of 38 and 33 respectively to guide India to a competitive total of 265. Holder ended with 4-34 off eight overs, his fifth four-for in this format.

The visitors didn’t get off to the kind of start they needed to chase this target down. They were reduced to 25-3 by the fourth over as both of India’s new-ball bowlers — Mohammed Siraj and Chahar — delivered with the wickets of Shai Hope, Brandon King and Shamarh Brooks.

Darren Bravo and Nicholas Pooran tried to steady the ship with a 43-run stand but wickets started falling at regular intervals again once they got dismissed. Odean Smith and Alzarri Joseph tried their best with valuable contributions of 36 and 29 respectively down the order but that wasn’t enough to take West Indies anywhere close to the target and were ultimately bowled out for just 169 runs.

Speaking after the match, Head Coach Phil Simmons said the batting did not come up to the level required.

“When you’re bowling India out for 230 and 260 you expect to chase it. Just under a year ago we were cruising to 280 and 290 against Sri Lanka who have similar spinners and things like that. So the batting is a huge concern and people have got to stand up now as we go into our next set of ODIs in June … and make sure they’re batting for West Indies. It is a huge concern,” said simmons

“It’s a simple thing. We’ve got to assess the situation and play according to the situation. .They’re all batsmen who can bat. Most of the guys who played in that top five or six have Test hundreds or Test runs so they can bat.”

The teams will now fly to Kolkata for the three-match T20 International at Eden Gardens, starting on February 16.