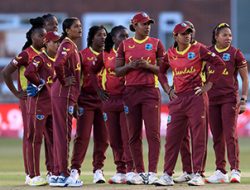 Head Coach, Courtney Walsh Ready To Get Started At... 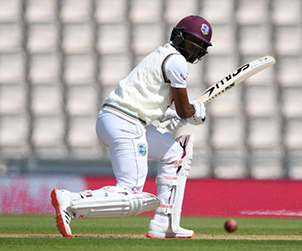 10th January 2021 Comments Off on West Indies Confident as They Depart for Tests and ODIs in Bangladesh Views: 681 News

BRIDGETOWN, Barbados —West Indies squad members have departed the Caribbean during the course of this past Thursday and Friday for the upcoming tour of Bangladesh. The final group left from Barbados on Friday night, including newly appointed Test Captain, Kraigg Brathwaite.

The experienced Test opener expressed confidence that the team will perform well in Bangladesh’s home conditions.

We are all up for the challenge… it will be a tough series in Bangladesh but we have confidence and we have belief that we will do very well,” Brathwaite said. “We have some members of the squad who will be playing there for the first time so it will be something new to them, but they know they have the talent and are capable of performing at this level.

Brathwaite has scored three of his eight Test centuries against Bangladesh. He made a career-best 212 in 2014 and had scores of 121 and 110 in the two-match rubber three years ago.

All squad members returned their second negative COVID-19 PCR tests as part of the established medical protocols and have been cleared for travel to Bangladesh. The full squad is scheduled to arrive in Dhaka on Sunday.