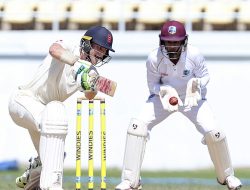 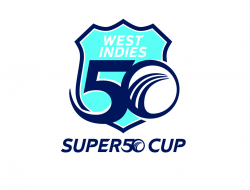 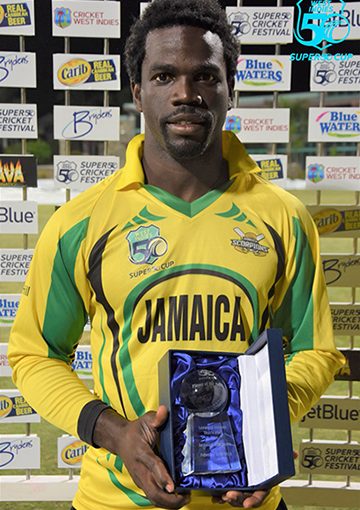 JOHN’S, Antigua – Jamaica Scorpions Captain, Chadwick Walton scored 169 runs to lead his team to a 148-run victory over the Leeward Islands Hurricanes in Super50 Cup action at the Coolidge Cricket Ground in Antigua.

Winning the toss and electing to bat first, Steven Taylor was the first wicket to fall for 10 with the score on 27. Rovman Powell had a short stay at the crease, as he fell for 1. Walton then had a several strong partnerships with the incoming batsmen. He and Andre McCarthy put on 99 runs together. Then Walton and Brandon King added 66, Fabian Allen and Walton added 40 and Andre Russell and Walton 45 runs. Not to be outdone, Andre Russell had a burst late into the innings, smashing 51 from 27 balls, which included 6 sixes and a four. Jamaica Scorpions finished their innings on 329/7. Terrance Warde was the best bowler for the Hurricanes, taking 2/60.

Montcin Hodge, replacement captain of the Hurricanes was the first to fall in the run-chase, when Rovman bowled him for 1. Kofie James and Keacy Karty then started the rebuild with a 57-run partnership before James fell for 18. Karty fell 3 balls later, for a hard-fought 33. Devon Thomas and Terrance Warde combined for the Hurricanes highest partnership of 68, with Warde being the aggressor. Thomas was out for 20, followed by Warde for 43. The only other Leewards batsman to fight back was Justin Athanaze who struck 26 from 19 balls. After a brief rain-delay, the Leeward Islands Hurricanes were dismissed for 181 in 41.1 overs. Thanks to a brilliant bowling spell by Andre McCarthy who took 5/26, while Odean Smith took 3/15.

Chadwick Walton was Man of the Match for his unbeaten 168.

Guyana Jaguars won the toss and sent the USA in to bat first. Jaskaran Malhotra carried his team with the bat, as he struck 80 of the 144 runs that USA Cricket posted in 43.1 overs. Christopher Barnwell was the Jaguars best bowler, finishing with figures of 4/35. The Jaguars made easy work of the low target, reaching 150/3. Chanderpaul Hemraj top scored with 64, while Shivnarine Chanderpaul made 39. Captain Leon Johnson and Christopher Barnwell were the not out batsmen, both on 19. Guyana winning by 7 wickets.