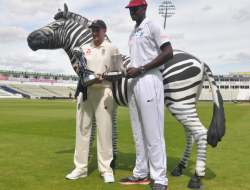 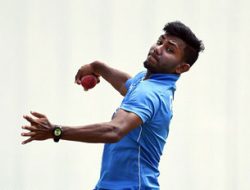 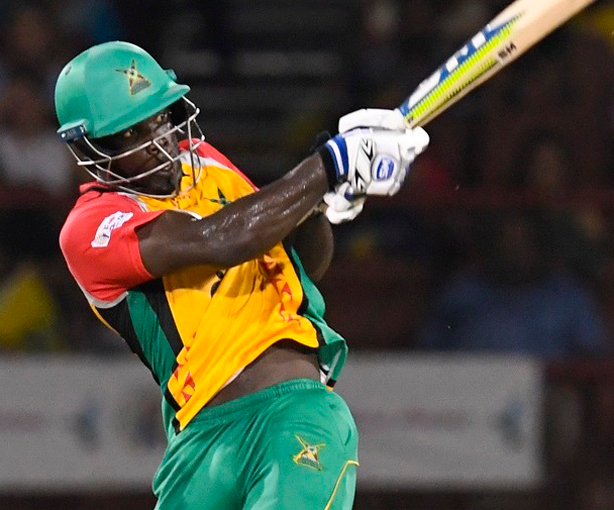 Kieron Pollard nearly triggered a shocking collapse with four wickets at the death but it was the one wicket he did not take – bypassing a mankad opportunity with Assad Fudadin a long way out of his crease – that he may come to regret. Fudadin struck a boundary to begin the 20th to draw scores level before a wide down the leg side accounted for the winning run with five balls to spare.

Smith’s charmed ton
Smith brought up the first century of CPL 2017, but not without a fair share of luck. He was first reprieved on 42, in the 13th over, courtesy a Keemo Paul no-ball. Six balls later, on 46, Smith was struck on the back pad off a skiddy Rashid delivery that would’ve crashed into the stumps, but wasn’t given. While Kane Williamson, with whom he put together a 107-run opening stand fell for 47, Smith launched a savage attack in the end overs, scoring 39 off the last three overs to bring up his century.

The final surge began when he clattered three fours and a six off Sohail Tanvir in the 18th over. He slammed a four early in the 19th off Rayad Emrit then ended the over with back-to-back sixes to move to 96. He missed out on a beamer from Tanvir that could have disappeared for his century, but wound up striking a two off the ensuing free hit and then a subsequent two to bring up his century off 70 balls. He fell with two balls to spare; Tridents finished with 159 for 4.

Walton mirrors Smith
After watching Smith’s carnage from behind the stumps, Walton responded with a gem himself. Martin Guptill, the captain, dropped himself down the order and promoted Sohail Tanvir to open with Walton. The pair raced to 48 off four overs to lay down the marker. But just like Smith had good fortune, Walton benefited too. He first survived a confident lbw shout off Ravi Rampaul on 11 and was then dropped at deep midwicket in the same over. After that, everything changed.

While Tanvir fell in the fifth over, Walton was undeterred, smacking Imran Khan’s legspin for a four and two sixes. Even though Gajanand Singh fell in the next over, Walton’s blitz took Warriors to 71 for 2 after six overs, their highest Powerplay score this season. Walton moved to 50 off 27 balls in the following over. Having broken a window with one of his earlier sixes, he nearly took out a cheerleader with another in the 10th. His sixth and final six was an imperious straight drive off Rampaul that took him into the 90s and by the time he was dismissed in the 17th, he’d moved to the top of the 2017 CPL scoring chart.

Pollard’s double double
Warriors were cruising, needing 15 off four overs with eight wickets in hand when Pollard nearly turned the match upside down. Guptill and Walton’s 81-run stand was broken, with both batsmen falling to lofted drives down the ground off consecutive deliveries in the 17th over. Jason Mohammed fell to a circus catch by a sliding Tion Webster two balls into the 19th for Pollard’s third wicket. He then had Keemo Paul next ball to give himself a second hat-trick ball in consecutive overs.

The mankad that wasn’t
Prior to delivering the ball that claimed Paul, Pollard pulled out of his initial attempt upon arriving at the crease as Assad Fudadin was several yards down the pitch at the non-striker’s end. Pollard could easily have run-out Fudadin. It was hard to miss the irony, given Paul was the center of the famous mankad in a controversial West Indies win over Zimbabwe at the Under-19 World Cup last year.

Instead, Pollard mocked taking off the bails before running in again to bowl the ball that claimed Paul. With Fudadin allowed to stay in, he saw off the hat-trick ball with a single and pinched two more to take strike at the start of the next over. He then hammered a lofted drive over mid-on off Shamar Springer and then watched one drift behind his pads for an extra to clinch victory.